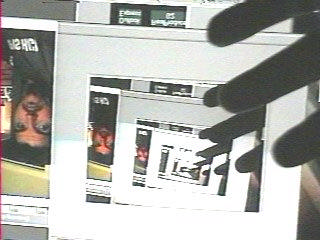 Thoughts on the Meaning of Life, Ecotopia, the Free Range Human Movement, and Regaining the Lost Spark of Humanity Greetings and Sad Mutations to you all,
Here I am again, full of excuses, and reeling from my abject inability to carry off eventhe simplest of social interactions without causing some sort of international incident, be itreal or imagined.1 Though I write to you in a state of utter confusion, do not mistake thisdiscombobulated demeanor as a sign that I am utterly unhappy. I am merely moody,blithely diagnosed as clinically bipolar, and whatever other invented disease one wants touse to describe the condition of spiritually sensitive human beings in the miasma that is theearly 21st Century by time, and what will be called Late Capitalism by historical era.
You have all tolerated my rather incessant kvetching about Sacramento- that it is dull, thatthere is a large gaping hole in the personalities here, as if it were Invasion of the BodySnatchers come to life. Yet for all its social, economic, and psychological pitfalls, thenatural amenities in Sactown are quite spectacular. This is a great biking town. TheAmerican and Sacramento River Bikeways 2 blow away anything Austin has to offer withinits humid little confines. It is one of the best biking cities in which I have ever trundled orrambled, and I've trundled and rambled in many a city about this planet. In my humbleopinion, only Amsterdam surpasses Sactown in this area. I can bike for miles inSackatomatoes 3 without seeing a single car, much less encountering one. Often when I dosee a car, it is safely passing on a bridge overhead. The trails, levy roads, and bike lanes areas practical as they are recreational. With a little map study, these passages can get youwhere you need to go, and provide a good time getting there. 4 If this is not an amenableenvironment for the free-range human, I do not know what is.5 I don't miss the Texas humidity. The weather here is great, cool and breezy, despite theoccasional, and luckily, short-lived Summer bouts of 100-plus temperatures in the SacValley. The Delta Breeze quickly cools the air once the sun goes down on those hot days,and the bouts rarely last more than three days before highs in the 80's prevail again.
But this is not why I am writing this big open, overblown letter accounting "the show sofar." I am doing so because lately, I have begun to think that I've been conducting my lifewrongly, and I wanted to tell you about this stark discovery, and just what it means inregards to life, the universe, and everything.
This "living wrongly," does not speak of my external situation, but of my internal one. Ihave hardened. This is something that has not happened only recently, but in retrospectdates back to 1996 when the whole "paper that cannot be named" debacle thwarted mypatience.6 That imbroglio was pretty much the straw that broke the camel's back in respect Open Letter to All My Friggin' Friends, Basil Joe Rocker, 5/11/2003 www.basiljoe.0catch.com 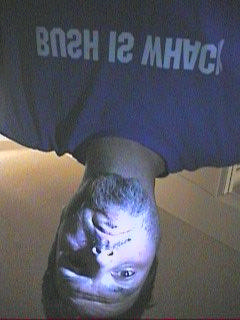 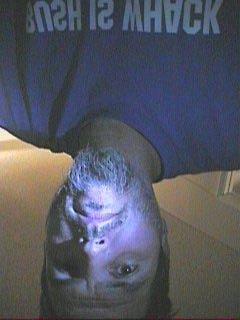 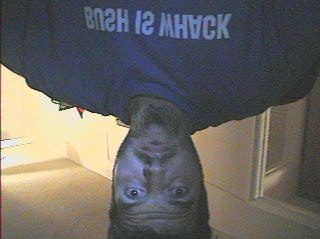