Original Paper
Received: November 14, 2001Accepted: December 25, 2001 Natural Plasmid Transformation in
Escherichia coli
Suh-Der Tsena Suh-Sen Fanga Mei-Jye Chena Jun-Yi Chiena aDepartment of Microbiology, Graduate Institute of Microbiology and Immunology, National Yang-Ming Universityand bTaipei American School, Taipei, Taiwan, ROC Key Words
mids, a most frequent sequence was identified. This Transformation W Natural transformation, plasmid W sequence resembled the bacterial interspersed medium Escherichia coli transformation W Transformation repetitive sequence of E. coli, suggesting the existence ofa recognition sequence. We conclude that plasmid natu-ral transformation exists in E. coli. Abstract
Copyright 2002 National Science Council, ROC and S. Karger AG, Basel Although Escherichia coli does not have a natural trans-formation process, strains of E. coli can incorporateextracellular plasmids into cytoplasm ‘naturally’ at low Among three modes of gene transfer in eubacteria, con- frequencies. A standard method was developed in which jugation and transduction can be considered to be the side stationary phase cells were concentrated, mixed with effects of plasmid or bacteriophage transmission. In con- plasmids, and then plated on agar plates with nutrients trast, transformation might have evolved to incorporate which allowed cells to grow. Transformed cells could DNA from the environment [14, 20, 21]. Many genes par- then be selected by harvesting cells and plating again on ticipate in this complex process which involves DNA selective agar plates. Competence developed in the lag release from donor cells, development of a competent phase, but disappeared during exponential growth. As state, recognition of a specific sequence, DNA uptake and more plasmids were added to the cell suspension, the DNA integration [20, 21]. The advantage of this process number of transformants increased, eventually reaching might be to exchange advantageous properties originating a plateau. Supercoiled monomeric or linear concatemer- from separate individuals, to repair damaged DNA, or to ic DNA could transform cells, while linear monomeric utilize extracellular DNA as nutrients [13]. These hypoth- DNA could not. Plasmid transformation was not related eses are not mutually incompatible, since one process of to conjugation and was recA-independent. Most of the DNA uptake might serve several functions.
E. coli strains surveyed had this process. All tested plas- Plasmid is usually transmitted between bacteria by mids, except pACYC184, could transform E. coli. Inser- conjugation. Extracellular plasmid is in danger of being tion of a DNA fragment containing the ampicillin resis- destroyed. It can get into the cell by exploiting its DNA tance gene into pACYC184 made the plasmid transform- uptake process. Since plasmid usually exists in the super- able. By inserting random 20-base-pair oligonucleotides coiled form, its entry into the cell and survival inside may into pACYC184 and selecting for transformable plas- be difficult if it utilizes the same natural transformation Graduate Institute of Microbiology and Immunology National Yang-Ming University, #155, Section 2 Lih-Nong Street, Pei-Tou 11221, Taipei, Taiwan (ROC) Tel. +886 2 28267108, Fax +886 2 28212880, E-Mail [email protected] Table 1. Strains and plasmids used
process evolved for linear bacterial DNA. In gram-posi- tive Bacillus subtilis, plasmid has to be multimeric to be Initial detection of natural plasmid transformation in starved cells was done as follows. Stationary phase E. coli K12 cells transformable [6]. The transformation frequency is much (CGSC4401) were plated on M9 agar plates. Plasmid p151 (fig. 1b) lower than that of linear bacterial DNA. These properties (40 Ìg in 20 Ìl), ampicillin (10 mg/ml, 10 Ìl) and lactose (250 mM, may reflect both the difficulty of entry and the hostility 20 Ìl) were spotted on this surface in five combinations. After a 12- that cells have evolved toward an invading foreign genetic hour incubation at 37 ° C, tiny colonies on plates were replicated on
LB-Ap plates to verify their antibiotic resistance.
Natural transformation has been found in 29 genera of Transformation Induced by Ampicillin and Cell Lysate bacteria [14]. In the extensively studied E. coli, natural Cell lysate was prepared by passing stationary phase CGSC4401 transformation, even though first reported in 1946 by cells through a French press and centrifuging the resultant lysate at Boivin [3], has never been confirmed. In this report, we 12,000 rpm for 30 min to sediment intact cells and debris. In the demonstrate that E. coli can incorporate plasmids without experiment described in figure 2, stationary E. coli K12 CGSC4401cells were concentrated from 1 ml to 100 Ìl. To this cell suspension special treatment [12]. Factors influencing plasmid up- were added glucose (10 Ìl, 250 mM ), plasmid p151 (30 Ìl, 5 Ìg/Ìl) take and transformability were characterized.
and cell lysate (40 Ìl, equivalent to 108 cells) or ampicillin (20 Ìl,
100 mg/ml). The mixture was then plated on M9 agar and incubated
at 37 ° C. After every 2 h, DNase I (2 mg/ml, 40 Ìl) was added to the
agar surface and thoroughly mixed with the cells. After another hour
Materials and Methods
at 37 ° C, cells were replica-plated on LB-Ap (100 Ìg/ml) plates and
incubated at 37 ° C for 16 h to score for transformants. Each point is
Strains and plasmids used are listed in table 1. E. coli strains were cultured in Luria-Bertani broth or M9 medium supplemented with Competence Test in Lag Phase, Log Phase, and Stationary Phase Ca2+ (0.1 mM ), Mg2+ (2 mM ), and glucose (5 mM ) at 37 ° C. When
cells carried antibiotic-resistance markers, the growth medium was Stationary cells stored at 4 ° C had a lag phase of 9 h when put
supplemented with ampicillin (100 Ìg/ml), kanamycin (50 Ìg/ml) or back onto fresh M9 glucose plates at 37 ° C. To test lag phase cells for
competence, 2 ! 108 stationary phase cells were mixed with plasmid
p151 (2 Ìg), then plated on M9 glucose plates and incubated at 37 ° C
Plasmid and Chromosomal DNA Isolation for 3 h. Plasmids were then digested away with the addition of DNase Plasmid DNA extraction was carried out using the alkali lysis I. After 1 h at 37 ° C, cells on M9 glucose plates were collected using
method of Birnboim and Doly [2] as described by Sambrook et al.
M9 medium and washed 3 times in M9 medium. Cells were plated [16]. Chromosomal DNA was prepared using the method of Silhavy on LB-Ap plates to score for ampicillin-resistant colonies. To test sta- et al. [19]. Restriction digestion of purified plasmids and agarose gel tionary phase cells for competence, cells and plasmids were plated on (0.8%) electrophoresis was done according to Sambrook et al. [16].
M9 plates without glucose. The rest of the treatment was the same as 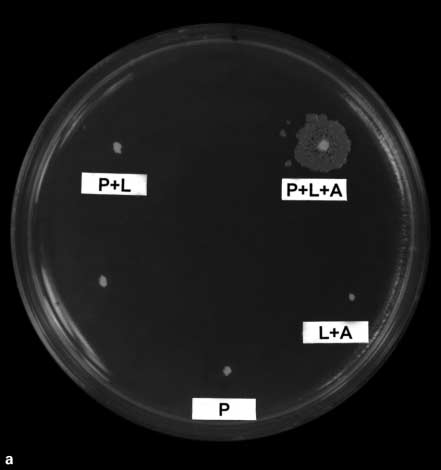 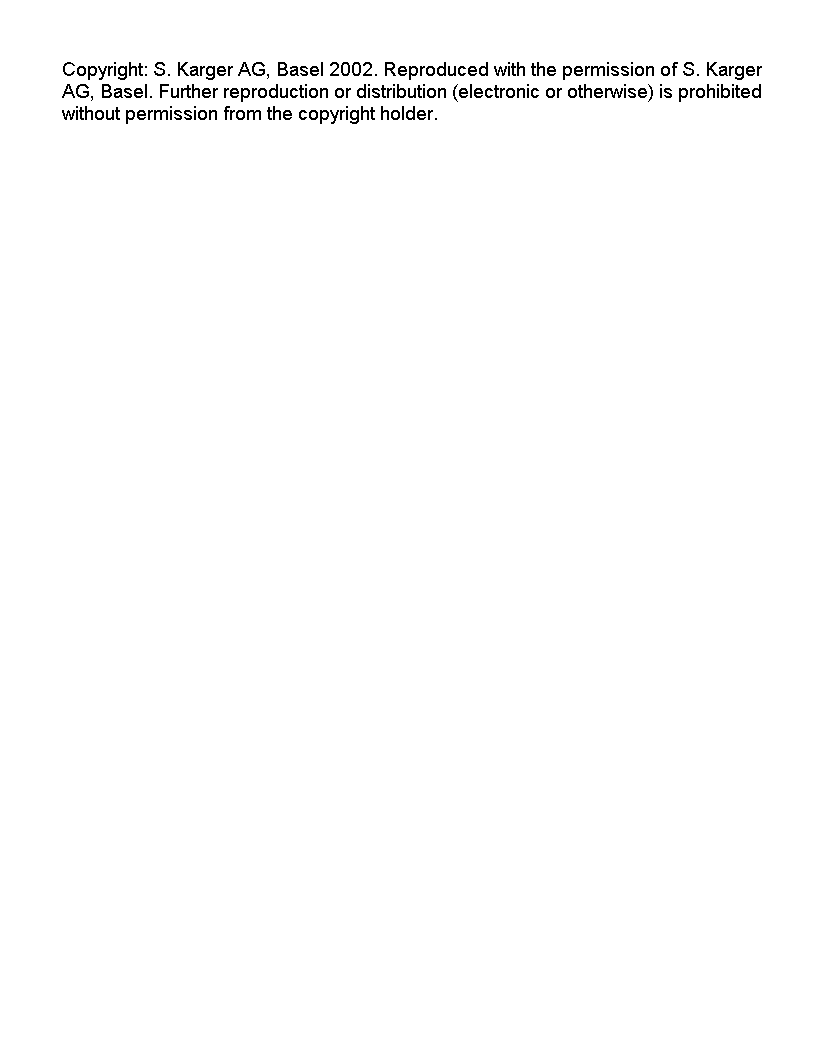 Highlights of 2012 Alpaca and Llama Health SurveyBy Stephen Mulholland, Ph.D. This survey was conducted online, using tools provideThe llama and alpaca populations were surveyed separately. Links to the survey were emailed to the members of the NZLA (~70), and a compiled list of about 600 alpaca owners. A total of 66 alpaca surveys and 12 llama surveys were completed online. The survey period wa