A. Environmental Impacts of Crop production
Yield, protein and nitrogen contents of plants are often limited by the uptake of nitrogen (N), phosphorous (P)
and potassium (K) from the soil. Cereal crops grown for protein content and yield require large quantities of
fertilizers (60-400 kg/ha) and are occasionally treated with nitrification inhibitors (NI). Yield increases may be
large, but the fertilizers applied are not all assimilated by the crop and represents lost producer income.
Nitrogen that is not assimilated into plant material will contribute to several undesirable environmental effects but
especially nitrate and nitrite contamination of ground water (Benes et al., 1987). Diffuse nitrates in groundwater
could seriously compromise drinking water quality for over 50 million Americans (Lee & Nielsen, 1987) and 25%
of Illinois residents (see Kovacic et al., 1996; David et al., 1997). The removal of nitrates from drinking water
presents economic and technical difficulties (Mellor et al., 1992). Diffuse nitrates carried to the sea by ground
water can promote toxic algal blooms in oceanic waters, disrupting fisheries and tourism (Smayda, 1989;
Cherfas, 1990; Burkholder et al., 1992). In addition the plants grown with nitrate nutrition can contain high tissue
concentrations of nitrate and nitrite which are nutritionally undesirable (Marschner, 1995).
Elevated levels of nitrates and nitrites in both foodstuffs and drinking water are implicated in several healthcare
problems. Total nitrate intake determines the rate of formation of nitrosamine, a carcinogen implicated in the
1 Paper presented at the IFA Agricultural Conference on Managing Plant Nutrition, 29 June-2 July 1999, Barcelona, Spain etiology of many human cancers (Tannenbaum et al., 1978; Mirvish, 1985, Moller et al., 1990). Dietary nitrates
derived from vegetables and water can represent 70-85% of total intake (Mirvish, 1985; Moller et al., 1990).
Infants fed with nitrate or nitrite-containing foods or water can develop methemoglobinemia (Marschner, 1995).
Canned food high in nitrates can cause detinning of containers within a few months (Farrow, 1972). Forages
high in nitrates can be toxic to ruminants and diffuse nitrates in drinking water may promote abortion (Prins,
1983).
B. Genetic Manipulation of Crop Plants

Genetic improvement of crops has underlain yield that consistently increased by 2-4% per year in the major
crops since 1930 (Duvik, 1990). Concomitant with yield the plants need for fertilization has increased. A
consequence of yield improvement has been a restricted genetic base and increasing yield instability on a year
by year basis (Duvick, 1993). Instability has resulted in localized failures to harvest the fertilizer inputs as yield
and there is a need to avoid losses in these situations. Genetic improvement of elite germplasm will increasingly
rely on transgenes and GMOs in future. Genes that can increase yield and yield stability are being sought
(Lightfoot et al., 1998; Willmitzer et al., 1998). Understanding how these genes work will teach how to maximize
the benefits of their use for the growers and public.
Plant growth and composition can be altered by nitrogen nutrition (Magalhaes et al., 1990; Doehlert et al.,
1991; Marschner, 1995). Manipulation of plant nitrogen assimilation by toxins (Knight and Langston-Unkefer,
1988; Osuji and Cuero, 1992), mutation (Melo-Olivera et al., 1996) or transgenes (Temple et al., 1993) can
alter growth, composition and abiotic stress resistance (Ameziane et al., 1999; Schmidt et al., 1999). These
effects reflect the interrelationship of nitrogen metabolisms with all other plant processes. We use isogenic
transgenic plants to elucidate the mechanisms coordinating plant growth development and composition.

3. Examples of Genomics and Biotechnology Products Impacting the Fertilizer Industry
I will discuss examples of GMO crops and normal genetic improvements achieved through breeding that
can impact the fertilizer industry
A. GMO Crops
Crops that are altered in nutrient biochemistry are being produced including GDH (glutamate dehydrogenase)
and phytate reduced crops.

I. GDH
The strategy for corn improvement (Lightfoot et al., 1988) has been to provide corn with an gene that produces
an enzyme (NADP-dependent glutamate dehydrogenase) from soil bacteria (Figure 1) that is found in no plant
species (Lightfoot et al., 1998). A similar approach is being followed with the Chlorella gene (Schmidt et al.,
1999). The gene, gdhA, comes from an organism that grows well on ammonium but not nitrate nitrogen and is
responsible for that organism's vigorous growth on ammonium nitrogen. In plant the enzyme causes increased N
assimilation, increased yield (and yield stability), resistance to Liberty herbicide and resistance to ammonium
"burn" of corn during fertilization (Figures 2-3; Long et al., 1996). The gene provides about 10% greater yield
from the same fertilizer input. However, the gene performs best with high fertilizer inputs. Therefore, the gene
can contribute to both public health and grower profitability in Illinois and the USA. It is an example of green
biotechnology. For the growers and breeders we are currently identifying the most promising events among the
current set of transformants. To advance scientific knowledge and maximize the benefits that the gene can
provide we are undertaking a combined physiological and genomic analysis.

II. Reduced Phytate
A genotype is envisioned that will take up P and yield well with lesser P inputs, accumulate P in vegetative
tissues contain less P in grain but in a form suitable for non-ruminant digestion. Most of these goals will be
achieved by low phytate crops (Verwoerd et al., 1995) where the added benefit of increased feed value and
reduced hog waste disposal costs also accrue. Such technology may reduce both the chemical N and P
requirements of growers.
III. Future GMOs (yield, nodules)

B. Marker Assisted Breeding of Crops
A. Marker assisted selection for yield and disease resistance

Selection for increased yield potential is the ultimate goal of all plant breeding programs. Most of the yield
increases over the past 60 years have been due to genetic advances by intercrossing existing varieties
(Duvick et al., 1992). However, yield is a multigenic trait and therefore the yield potential of lines derived by
inter-crossing is difficult to predict without extensive field testing. Selection for yield relies on repeated
selection for components of the yield by the breeder over a decade. Often, selection begins at the F5 with
selection for maturity group and growth habit. This will reduce 2000 lines to 200 within a typical population.
Selection for the desired disease resistances in the greenhouse can reduce the lines to be analyzed to 50.
After that, repeated field testing in multiple environments over 8-9 years will identify one or two lines with
better yield performance than existing varieties. Overall yield advances of 2% per year have been achieved
for new soybean varieties over the last 30 years by this approach (Duvick et al., 1992). However, yield
increases for new corn varieties (and other outcrossing crops where genetic diversity is not limiting) have
been double this at 4% per year over the same period.
Two avenues to increasing the rate of increase of crop yields exist. Both require the deployment of marker
assisted breeding methods. The first, using current adapted germplasm, is to increase the number of lines
with high yield potential in the later stages of some breeding programs. This might be achieved with
molecular markers by increasing the abilities of breeders to identify lines with high yield potential by early
selection. The second, using exotic germplasm, is to discover new genes and alleles that can increase yields
of new adapted varieties as well as increase their genetic diversity. This might be accelerated by marker
assisted discovery of the new genes and alleles in exotic germplasm (Tanksley et al., 1996).
At SIUC we are engaged with both approaches. By identifying molecular markers associated with high yields
in genetically diverse lines and under different cropping environments we can give plant breeders powerful
new tools for identifying new higher yielding varieties (Figure 4). Typically using two markers the breeder
becomes four fold more effective in advancing yield. Therefore both yield and fertilizer input requirements
should increase well above the current 2-4%.
C. Genomic Techniques

Genomic techniques will accelerate all approaches to crop improvement. Genomics is the science derived by
parallel processing biological data, that is, the application of computing (bioinformatics, automation) to
biology (Hieter and Boguski, 1996). In genomics we study everything at once as opposed to the one gene,
one protein, one effect paradigm of the earlier approaches. Taxonomy of genomics derives from the element
studied (Figure 5), genome-genomics, proteins proteomics, metabolites to metabolomics. Genomics is split
into structural (chromosomal) and functional (transcriptomics)
I. Applications of Structural Genomics

Chromosomes can be deconstructed and cloned in large insert libraries then fingerprinted to allow
reconstruction of clone order to generate the originating genome (Figure 6; Meksem et al., 1998; 1999).
Uses for arrayed libraries are many but the isolation of genes underlying QTL for use in GMOs and the
generation of ideal markers for marker aided breeding are the two most immediately applied to fertilizer
response and efficiency. Sequencing of the whole genome will also be accelerated by this technology.
II. Applications of Functional Genomics

Sequencing of the every gene as a transcript (EST) is now commonplace from which the sequence of every
protein can be inferred (DeRisi et al., 1997). Using automation and miniturization every gene from a crop can
be arrayed on a microscope slide and the response to a treatment or transgene studied (Figure 7). The
methods are being applied to GDH crops and crop germplasms that contrast for responses to nutrients.
Using these techniques new genes involved in well established biochemical pathways have been
discovered. These genes are targets for manipulation in GMOs or by breeding.

III. Applications of Proteomics
Proteomics analyses every protein in a cell simultaneously (Figure 8). It is important because there is often
poor correlation between gene array data and protein abundance suggesting important genes will be missed
if studying only the transcript abundance with arrays. The technology includes 2-D Gels and advanced
methods of protein identification (MALDI-TOF) based on DNA sequence knowledge.
IV. Applications of Metabolomics

The ultimate effect of a transgene or breeding line modification will ultimately be expressed as a change in
metabolite concentration. Metabolomics seeks to measure such low molecular weight compounds rapidly in
parallel.
Integration - Surfing the “Web”

Combining approaches will allow identification of important new genes for fertilizer response and efficiency
within the web that determines crop responses. The methods will be used to maximize the benefits of
existing transgenes and prove equivalence between GMOs and non-GMOs.

The impacts can be both negative and positive in effect on fertilizer sales worldwide. However, even apparent
negative technology may positively impact the fertilizer industry because any technology that facilitates the
economic development of biofuel crops could double crop production requirements for every 10% of fossil fuel
replaced. Therefore, technologies that reduce fertilizer inputs per unit yield might increase the total market
dramatically.
References 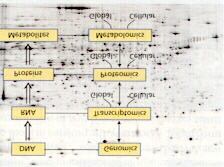 NUVARING NAME OF THE MEDICINAL PRODUCT NuvaRing® 2. QUALITATIVE QUANTITATIVE COMPOSITION NuvaRing contains 11.7 mg etonogestrel and 2.7 mg ethinylestradiol. The ring releases etonogestrel and ethinylestradiol at an average amount of 0.120 mg and 0.015 mg, respectively per 24 hours, over a period of 3 weeks. For excipients, see 6.1. 3. PHARMACEUTICAL NuvaRing is flexible,