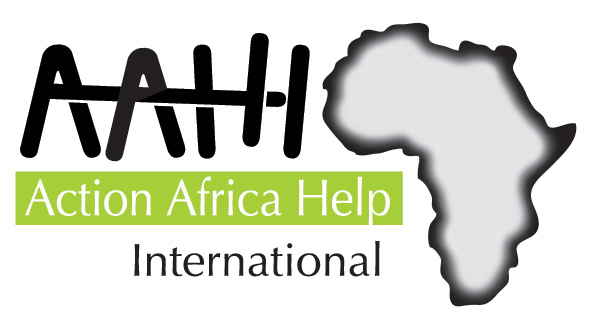 Fighting Malaria in Kala and Mwange Camps
Malaria constitutes a major public health problem in Zambia, exerting the largest toll on vulnerable groups like chil-dren and pregnant women. According to 2008 Ministry of Health bulletin, 3.2 million cases of malaria (confirmed and unconfirmed) were reported countrywide in Zambia with 3,871 deaths. The annual malaria incidence was estimated at 252 cases per 1,000 populations in 2008, a drop from 358 cases per 1,000 populations in 2007. Malaria accounts for up to 40 percent of all infant mortality and 20 percent of all maternal mortality in Zambia and the disease poses a severe social and economic burden on communities living in endemic areas.
The situation in Kala and Mwange refugee camps was equally desperate. For example in 2004, 45% of the diseases burden that affected children and women was attributable to malaria in Kala. Consequently 25 children died of ma-laria. In the same year, 45 still births, 92 spontaneous abortions with 8 neonatal deaths were recorded, while 106 out of 1113 babies were born with weight below 2.5kgs in Kala Camp, mainly as result of malaria. In Mwange in the 1st quarter of 2009, the average incidence of malaria among the under five children was 153.1 with a morbidity rate of 34% compared to 94.5 with a morbidity rate of 18.45% in same period of 2010. This translates to a reduction of38.2% in Malaria incidence and a reduction of 16% in its morbidity rate.
With advances in science and technology, new ways and practices in the delivery of health services emerged and AAH-I staff at Kala Camp with a view to reduce the toll of malaria on the Refugees, embraced this change. In 2008, a holistic strategy for malaria control was put in place. The new initiatives hinged on prevention of malaria at household level, early detection and treatment at the lowest level possible, change of treatment regime from fansidar to Coar-tum, aggressive community awareness campaign for effective management of the environment. In addition, staff training, and strengthening of PHC and community based health providers received attention. A total of 4800 LongLasting mosquito nets were distributed to over 3000 households mostly targeting households with pregnant moth-ers, children under the age of five years, chronically sick, and physically challenged. In Mwange Camp, malaria was a leading cause of death among patients attended at the clinic. Strategies to reduce malaria cases especially among the under five were multifaceted. Other than looking at combating Malaria from one angle, several aspects were taken into consideration. There were trainings of Community Health Workers (CHWs) to sensitize the community on the importance of sleeping under the Long Lasting Insecticide Treated Mosquito Nets (LLTNs) which were distributed widely. In the past two years over 6000 ITNs had been distributed to about 2,128 households inMwange Camp alone. Health education sessions were conducted during antenatal sessions and also during child wellness clinics These ITNs were distributed to every pregnant woman and all under five children at-tending the children’s clinic. A total number of 771 pregnant women received Intermittent Presumptive Treatment of Malaria (IPT) using Fansidar along with ITNs during antenatal clinic. In Kala, traditional birth attendants and community health workers and medical staff received training in malaria management including use of Rapid Diagnostic Tests (RDTs). Early case detection and treatment forms a major part of malaria control efforts. Later, RDTs were rolled out at Health posts. RDTs assist in the diagnosis of malaria by providing evidence of the presence of malaria parasites in human blood. RDTs are an alternative to diagnosis based on clinical grounds or microscopy, particularly where good quality microscopy services cannot be readily provided. Blood for the test is commonly obtained from a finger-prick. In Mwange, four (4) health posts were opened under the charge of Community Health Workers (CHWs) who were trained to do finger pricks for Rapid Diagnostic Test (RDT) for Malaria. They did tests on every patient presenting with body hotness and refer for confirmatory test in the Laboratory at the clinic. Intermittent Prophylaxis Treatment (IPT) for pregnant mothers in Kala was strengthened and every pregnant mother required taking three courses of IPT. Household Monitoring for effective use of LLTN under Primary Health Care in particular, CHWs and TBAs under the supervision of PHC coordinator was equally strengthened. Monthly technical monitoring to Kala clinic by District Health office coupled with good management of laboratory supplies has holistically been instrumental in reversing the trend of malaria in Kala camp. By end of 2009, the situation had turned around into a success story. Unlike in the past years when malaria accounted for more than 40% of the overall diseases seen in the camp, it reduced from 28% in 2008 to only 4%, and dropped from top cause of morbidity and mortality to third whereas babies born with low weight reduced from 10% in 2008 to 3%. Health education combined with household monitoring and encouragement on use of LLTN s makes it easy for people in the camp community accustomed to LLTNs. Early detection of fever at household level and detection by use of RDTs at Health posts by CHWs made it possible for people to receive prompt treatment thus eliminating malaria complications that were a common experience in past years. Today, LLTNs are cherished by every household, because the results are evidently visible for people to see at every level. Reduced disease burden frees people to actively engage in social economic ventures.

Associate Researcher at the 'Laboratoire de Physique Moléculaire' (LPM) of Besançon (December 2002 - June 2005). During my stay at the LPM, I have contributed to develop the group of Biophysics which had beeninitiated by Prof. Christophe Ramseyer (physicist). The essential part of my work consisted in theoretical computational studies dealing with lipidicsystems and the membrane protein Kc