Could your child be taking drugs 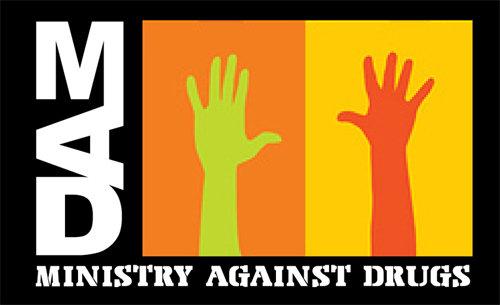 Listed below are some of the most common types of drugs/substances abused.
With the unending number of drugs being manufactured in makeshift "street" laboratories everyday, it is impossible to list them all.
Alcohol
Any number of intoxicating beverages, including beer, wine, whiskey, gin, vodka,
etc. Primary effect is as a sedative.

Club Drugs
This term refers to an influx of designer drugs including MDMA (Ecstasy), GHB,
Rohypnol (Ruffies), Clarity, and Ketamine (Special K). Because most of these drugs are colorless, flavorless, and odorless, they can be added to beverages undetected. All effect the central nervous system and act as stimulant and hallucinogen.
Cocaine (Powder)
Cocaine is one of the most powerful stimulants found in nature. Cocaine is derived
from Coca plant leaves. The leaves are treated with salt and gasoline and allowed to sit. The liquid is later drained and refined into cocaine base. Cocaine base can be smoked but typically is refined into a powder form. Powder cocaine (HCL) is inhaled into the nasal passages or can be dissolved in water and injected into the body via a syringe.
Crack Cocaine
Powder cocaine cannot be smoked unless chemically altered--thus crack cocaine. A chemically altered form of powder cocaine that is a hard, rock-like substance that is easy to handle and conceal. Crack cocaine is smokeable and creates an intense, immediate high. Because crack cocaine is nearly pure cocaine, doses are smaller and cheaper to obtain than cocaine. Crack cocaine can be instantly addictive. Depressants/Sedative/Hypnotics
These drugs interact with the central nervous system (brain and spinal cord) to depress cognitive activities. They include sedatives (used to make a person calm or drowsy) and tranquilizers (intended to reduce tension and anxiety). Sometimes called "downers" or "benzos" (short for benzodiazepine) these drugs come in tablet, capsule or liquid form. Some drugs in this category are: Xanax, Valium, Halcion, Librium, Ativan, Klonopin, Seroquel, Zyprexa, Seconal, Phenobarbital, Amytal, and Haldol.
Hashish
Hashish is produced from the THC-rich secretions of the Cannabis plant (marijuana
plant). Hashish is the resinous substance taken from the tops of female plants, which contains the highest concentration of THC. "Hash" is usually sold in balls or cakes. Most commonly used by smoking (pipe, bong) or ingesting (eating foods containing hash).

Inhalants
Common inhalants include some types of model cement, cooking sprays, hair
spray, deodorant, liquid paper, aerosol sprays, paint, paint thinner, gasoline, and solvents. Inhalants are used by spraying or pouring the substance on a rag and the vapors (fumes) inhaled. This induces a short-lived, light-headed euphoric state in the abuser. Heroin, a semi-synthetic opium, is derived from morphine. Heroin is smoked, inhaled, or injected by the abuser.
LSD
LSD is a synthetic psychotropic, or mind-altering, drug. Due to its extremely high
potency, LSD users may be "high" anywhere from 4-14 hours on one dose. LSD is usually sold in the following forms: liquid (small, glass vials); thin squares of gelatin ("hits"), referred to as "windowpane"; small square pieces of paper--commonly referred to as "blotter" acid.
Marijuana
Next to tobacco and alcohol, marijuana is the most popular chemical substance chosen for regular use. Marijuana comes from the Hemp plant and its content of THC found in the leaves and flowering shoots of the plant. Most commonly used by smoking (joint, pipe, bong) or ingestion (eating foods containing marijuana, example-brownies). Marijuana effects the central nervous system and gives the user a false sense of euphoria, relaxation, and increased visual, auditory, and taste perceptions. In actuality, the marijuana diminishes coordination, visual tracking,
and loss of energy. Some users experience paranoia, delirium, and hallucinations.
Methamphetamines (Crystal Meth) TIK
Methamphetamines are highly addictive man-made chemical stimulants. The street versions of these compounds are cooked up in clandestine "kitchens" using a variety of hazardous and volatile chemicals. These stimulants can be inhaled, smoked, and injected by the abuser.
Mushrooms
Psilocybin or "magic" mushrooms are found in a variety of environments and, like Peyote, produce similar effects as LSD but not quite to the same degree. The mushrooms are usually ingested but may be dried and smoked.
Narcotics
Though commonly used to refer to all drugs---narcotics are those drugs which are derived from opium (derivatives or synthetics). Commonly encountered narcotics include: Opium, morphine, codeine, heroin, Dilaudid, Demerol, Percodan, methadone, and Darvon. The most powerful prescription painkillers are opioids, which are made to react on the nervous system the same way as opium, morphine (a powerful painkiller that is highly addictive) or heroin. These medications include include oxycodone, hydrocodone, and mepreridine. The common brand names are Oxycontin, Percocet,
Roxicet, Roxiprin, Vicodin, Dilaudid,

Opium
Opium is harvest from unripe seed pods of the Poppy plant. Opium can either be injected in its raw form (gum-like) or smoked. PCP (Angel Dust) Phencyclidine, commonly referred to as PCP or Angel Dust, is considered to be the most unpredictable drug on the street because of its effect of the user. PCP can be found in liquid (most toxic), gum, or powdered form. Liquid PCP is often applied to cigarettes as a means of ingestion. In powder form, PCP is commonly mixed with marijuana and smoked. PCP is often masqueraded as LSD or THC. The gum form of PCP may vary in color from a light tan to a dark brown/black. [More] [Back To Top]
Prescription Drugs
Prescription drug abuse is a modern-day plague with estimates of up to a million
South Africans have or currently abuse prescription medications. Many prescription drug addicts legitimize their use because of "doctor's orders". It is not uncommon for these abusers to exhibit drug seeking behaviors--going to several doctors, emergency rooms, and/or clinics reporting lost or stolen prescriptions, increased pain, etc in an effort to obtain their drug. For those addicts in the medical field or with access to prescription medications, stealing medications or self-prescribing medications is not uncommon. Many prescription addicts use multiple pharmacies to hide the amount and frequency of their use. Signs and symptoms of prescription addiction vary due to the different types of medications (hypnotic, sedative, amphetamine, etc). The most commonly abused prescription drugs are pain killers, depressants, stimulants, and antidepressants.