Concepts of masculinity, manhood and fertility in India
As in most patriarchal cultures, sexual prowess is associated with manhood, masculinity, strength, vigour and procreativity. In the Ayurvedic (Indian system of medicine) tradition semen is seen as one of the most important of the seven vital fluids of the body; harmony of all these fluids produces good health. Semen is precious because it takes 40 days for 40 drops of food to be converted into one drop of blood, 40 drops of blood is needed to make up one drop of bone marrow and it takes 40 drops of bone marrow to make one drop of semen. Thus it is understandable that men want to conserve this precious fluid, and put it to right use, i.e. for procreation. Fertility in women is valued and the motherhood is hallowed. Marriage is almost universal. It is the most sacred duty of parents to arrange the marriage of their children, especially that of their daughters and free them from the confines of maidenhood. The woman’s status in society is affirmed when she has a child, particularly a son. Traditionally couples are expected to have children soon after marriage. Delaying pregnancy is not advised by elder, and young married women say that their doctors do not advice them to use contraceptives till after they have had their first child. Stories of couples who postponed pregnancy and could not conceive when they wanted to abound. The stages of life (for men) are well laid out, childhood and youth (till 21 year of age) is for learning and developing, during that time excessive interest in sex is thought to be detrimental. Celibacy is advocated, conserving sexual energy is thought to increase physical strength and vigour as well as intellectual acumen, and spiritual quotient. For instance, wrestlers are followers of Hanuman and remain celibate to maximise their physical strength. Similarly men in the pursuit of knowledge or God do the same. The next stage, a period of another 21 years is that of the householder and it is time for having children and raising a family and fulfilling worldly duties. After that are the hermitage and sanyasi stages are supposed to be essentially celibate. Alongside these views, there is an opposing notion that sexual release is important, without this the body heats up and a man looses mental balance. There is wide spread concern about nocturnal emissions, premature ejaculation and anxiety about sexual performance. One of the most common complaints in men is “weakness”. (Verma et al) “Quacks” and various types of sexual specialists from those who operate out of roadside shacks to sexologist in modern clinics cater to men who have these conditions. Pleasure underlies all sexual discourse, it is seen as a potent force that can over take all other concerns and therefore needs to be regulated. Any form of interaction or even the intermingling of young men and women is frowned upon. Sexual attraction and desire are thought to be irresistible. The norm of early marriage is a tacit acknowledgment of sexual needs of both young men and women. There is a great concern is not ‘keeping’ a marriageable girl at home, this is seen as a great responsibility and burden a something untoward may happen. It is well acknowledged that men get easily aroused and find it difficult to control their desire, but there is some ambivalence of the sexual nature of women, it swings between the notions of women as devi who are put on a pedestal. They are essentially asexual and embody the virtues of motherhood, devotion, goodness, nobility and sacrifice for the larger good. And then there is the idea of women as temptress, with insatiable desire who entice ‘helpless’ men. Condoms are seen as inhibiting sexual activity, it restricts intimacy and skin to skin contact. It interferes with spontaneity. More over the use of condoms which are seldom seen as contraceptives are perceived as a sign of distrust of the partner. This is especially true in a country where most women who have had two or three children opt for permanent tubaligation/tubectomy and there is no need for contraception. Couples in India, especially in crowded urban low income areas have little privacy and time for sexual intercourse let alone using condoms. Purchasing condoms is embarrassing and disposing off used condoms a challenge. Further, in many cases sex takes place in the context of alcohol use and violence where the woman has little power to negotiate condom use. Sex and sexual issues is not part of the cultural or general discourse, the culture of silence pervades. For one there is no commonly understood language. The medical/health professional are comfortable talking in terms of sexual anatomy, physiology and disorders. There is a well developed literary language but very little in the local languages that are not euphemistic and vague or vulgar and crude. And more over, as a female participant in one of my early research who happened to be a sex worker, noted ‘good women do not talk about sex, we may have sex but we do not talk about it.” This idea is a widely prevalent even among the health sector. This coupled with the middle class reticence about all matter sexual there is little discussion. Population Control Programme 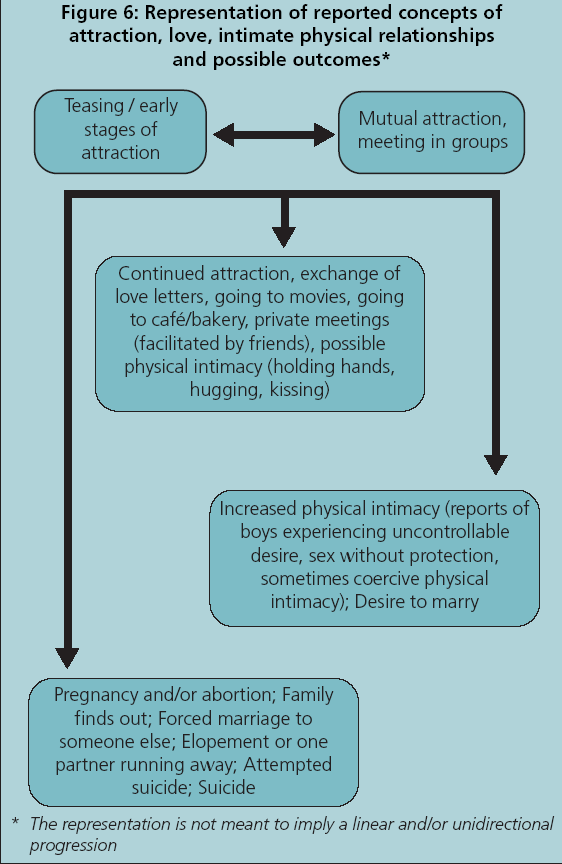 This news story has not been followed up and there has been no public outcry.
Viagra, Generics and Ayurvedic medicines

It is easy to note the differences between condoms and Viagra. Condoms have been around
for a long time, they are essentially mechanical devices, and they are not glamorous.
Condoms also have negative association with sexually transmitted diseases, and relationships
outside marriage (‘illicit relationships’). Condoms are for prevention and not pleasure.
Although condoms help to prevent conception and sexually transmitted infections, the dual
use is not emphasised. While Viagra (or Viagra clones) promises pleasure, increase in self
esteem, bolsters self image and magical swift action. It is backed by slick advertising and marketing. It is prescribed by doctors whose authority over the sexual domain is deepening and is increasing unquestioned. Apart from the above, the nature of condom use and Viagra are essentially different. For condoms to work it needs to be used correctly and consistently, such consistent behaviour needs support and reinforcement which is sadly lacking. Correct and consistent use of condom needs the partners to be able to talk about sex, to discuss, negotiate, this would mean an equal relationship. Unfortunately this is not the case. The persistence of the Victorian morality among the Indian middle classes who have disproportionate influence on policy formulation and programme implementation has greatly hampered the propagation of condoms. Policies in ‘developing’ countries are also greatly influenced by other agencies such as The World Bank4, IMF etc. and the process of globalisation that transforms national institutions may be seen as a form of neo-colonialism. This is visible in the condom debate, the policies made by PEPFAR and the pressure on India to change its patents laws and comply with the patent regime. There is also a conflation of science and religion, as is seen in the propagation of Vedic sciences (which seems apart from the scientific discoveries made in India) and the recent pronouncements by the pope on the efficacy of condom in cubing the spread of HIV in Africa. This again was backed by Green who works in a prestigious university and had a high position in the previous US government. Although Green’s statement are more nuanced and couched in caveats, the reading in the media particularly those affiliated to the church have been totally anti-condom. After quoting Green, The Catholic Secular Forum makes this observation, “If condoms were the answer, then why is it that New York City, which under Mayor Michael Bloomberg has given away tens of millions of free condoms, has (sic) an HIV rate three times the US national average? Furthermore, the promiscuous distribution of condoms in New York has coincided with a spike in sexually transmitted diseases of all sorts.” As for Viagra, it is not doing well in the Indian market despite the new regulations. Generic sildenafil as well as ayurvedic and other preparations are able to cope better with Indian market situation. It is ironic that after the global economic meltdown, India was lone voice rooting for ‘free trade,’ the countries that had hitherto advocated free market and privatisation were firmly for protectionism and government regulation. A new world order seems to be developing. 4 World Bank policies have been largely responsible for the dismantling of the Indian public health system.

Effects of Blood Pressure Lowering With Perindopril and Indapamide Therapy on Dementia and Cognitive Decline in Patients With Cerebrovascular Disease Background: High blood pressure and stroke are as- (7.1%) of the 3054 randomized participants in the pla-sociated with increased risks of dementia and cognitivecebo group (relative risk reduction, 12% [95% confi-impairment. This study aimed