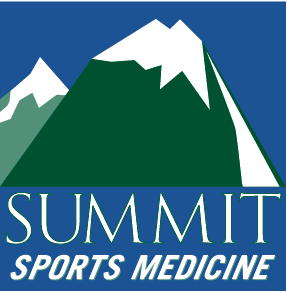 Medications:
You have been given two prescriptions. The first is Naprosyn. This is an anti-
inflammatory medication that I use to help minimize the swelling in order to facilitate an
early return to motion. The Naprosyn should be taken as directed until you finish the
prescription, usually about 10 days. If you develop stomach irritation, stop the Naprosyn
and call my office to let me know. A second medication is called Vicodin. This is a
narcotic that is solely for pain. It should be taken as needed, not regularly. It can also
irritate her stomach and cause constipation. The quantity given to you should be more
than enough. In fact, after a few days, most patients feel that they can switch over from
the Vicodin to just extra strength Tylenol which I would encourage.
Brace, Cryocuff, Home exercise:

Your leg is wrapped up in a big bandage, ice pack, and brace. You should remain in the
brace with dressing intact until the day after surgery. The best exercise to work on for the
first few days after surgery is to tighten your quadriceps (thigh muscle) and try to push
your knee down into the bed or couch getting the knee as straight as possible. From
there, you can begin working on straight leg raises with the quadriceps tight and the knee
straight. You may unlock the brace and start to bend the knee without restriction. You
may bear full weight on the operative leg with crutches as long as you are in the brace
with it locked in full extension. The brace is mandatory only for walking and for
sleeping. You should use the ice machine as much as tolerated until seen back in the
office.
Follow-up:

The incisions should remain clean and dry until at least your first postoperative visit with
me usually within five days of surgery. You should call to schedule this appointment.
When I see you on the first visit, I will remove the brace, change the dressing, inspect
your wounds, and obtain x-rays of the knee to check the position of the bone tunnels.
Your sutures will be removed 12 of 14 days after the surgery. I will see you at 5 days
postop, 2 weeks, 6 weeks, 3 months, and for a final check between 4 and 6 months.

Patients require at least four months of physical therapy postoperatively. At the time you
schedule your follow-up appointment with me, you should try to coordinate your first
visit with physical therapy. I prefer patients to rehabilitate in my physical therapy, Chevy
Chase Orthopaedics and Rehabilitation (CCOR). The phone number for CCOR is (301)
654-5600. These are the therapists I work most with and are most familiar with my
patients and protocols. If CCOR is not convenient for you, let me know and we can
make arrangements at another facility.
The best way to think about your therapy is for the first six weeks, focus will be motion.
I am most concerned about extension or your ability to get your knee all the way straight.
You can start right away trying to work on the big muscle in the front of the thigh
(quadriceps) by attempting to do straight leg raises. I expect you to be able to do 10
straight leg raises by two weeks. Usually by that time, you have regained enough
quadriceps control that we can remove the brace altogether. You can walk as much as
you want in the hinged brace locked in extension for those first two weeks. When you
are getting in and out of the car, sitting, or just want to work on bending your knee you
may unlock the brace. By the end of the six weeks, you should have full range of motion
with little swelling, no pain, and no limp.
In the second six weeks, the focus will be strength. By the end of these six weeks, you
should have quadriceps and hamstring strength nearly symmetric to the other side. At 12
weeks, you start the return to function phase of therapy. This is when you can begin
straight ahead jogging. Typically, at four months patients start jumping and agility type
activities with plans on return to full activities without restrictions somewhere between
four and six months.
Specific instructions for ACL reconstruction with meniscal repair:
If a meniscal repair was performed at the time of your surgery, the recovery and
rehabilitation in the first 4 weeks is slightly different. You will require the use of the
Bledsoe brace for a total of four weeks. The brace will only allow from zero to 90° of
flexion. You may weight-bear as tolerated without the use of crutches but you should
remain locked in extension for ambulation for the entire four weeks. After four weeks,
your physical therapy will resume as above. The purpose of prolonged bracing and
limiting flexion is to protect your repair. The recovery time until back to playing sports
or work is still 4 to 6 months with or without meniscal repair.