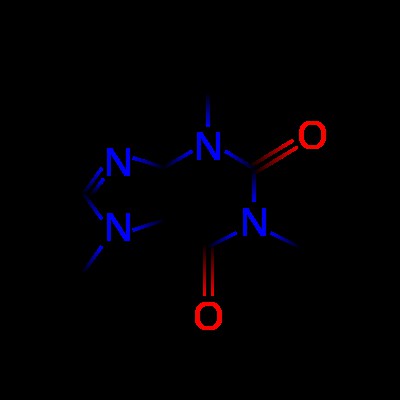 Introduction
Last week , in lesson 4, we talked about why you should try to drink your tea without milk, so I hope you tried it and you are benefiting from all that additional goodness. This week I want to try to answer the question I probably get asked the most often: How much Caffeine is there in tea?
Caffeine In Tea
OK before you shout at me, I know it's Theine in tea, but it's essentially the same thing so, I'll continue along the caffeine road if I may.
Caffeine's not a bad thing sent by the devil to destroy humankind. It has it's place in our lives and taken in moderation, can be very useful to us. It increases alertness, has a stimulating effect on our metabolism and can also help to increase the dopamine levels in the blood, which lifts our mood. Remember, we are taking about moderate amounts of caffeine here, but be aware that too much caffeine can ruin all this loveliness and may produce a less positive outcome.
Caffeine Myths
I'd like to start by exploding some caffeine in tea myths: #1- “Black tea has more caffeine than green tea”
As Jimmy Somerville would sing “It ain't necessarily so”. Some of the factors that contribute to the
levels of caffeine found in tea are explained a little later.
#2- “The darker the colour of the tea, the more caffeine it contains”
Er. .rubbish! Some white and green teas that are have pale infusions, contain more caffeine than some
black teas which infuse to a much darker colour.
#3- “ You can decaffeinate tea by infusing for 30 seconds, then pouring away the first infusion!”
This is a biggie. This has been branded around for years but is simply not true. What is true is that the
first infusion does remove some of the caffeine. Here are the facts:
In 1996, Hicks et al published a research study in Food Research International concluding that, to
remove 100% of the caffeine from tea, you need to infuse it for 15 minutes and then re-infuse the
leaves. Unfortunately, that would probably take most of the flavour from the tea too. However, if you
steep the tea for 5 minutes and then infuse the leaves again, that would reduce the caffeine content by
70% and still keep a good level of flavour.
Here is the data from their research, which displays how much caffeine is reduced after initially
steeping the tea for time shown:
30 seconds – 9%1 minute – 18 %2 minutes - 34%3 minutes - 48%4 minutes- 60%5 minutes - 69%10 minutes - 92%15 minutes - 100% How Much Caffeine Is There In Tea?
That's a tough question because there is no straight answer, but I'll try to give you an idea.
All teas, Black, Green, Oolong and White, come from the same plant, Camellia Sinensis and therefore, all have similar amounts of caffeine content, around 28 – 68 mg per 200ml cup. That doesn't mean much until you compare it to coffee, which contains around 135mg for the same cup. Obviously, it doesn't have to be the same cup, you can use another cup, but you get the idea. 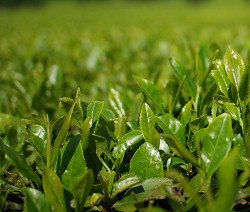 Other Factors That Contribute to Caffeine Levels in Tea
Leaf Type: The new buds and younger leaves tend to contain more caffeine than the more mature, lower leaves of the plant. Also, the region where the tea is grown and the variety of the tea plant has an affect on the caffeine content. For example, the large leaves of the Assam tea plant, Camellia Assamica, have higher caffeine levels than the smaller leaves of the China tea plant, Camellia Sinensis. Tea Preparation: Caffeine dissolves more in water with higher temperatures. So, because Black tea is infused with boiling water, it will extract more caffeine than say a Green or White tea, which is typically prepared with cooler water. Also, tea prepared in hot water for longer periods would have a higher caffeine level, than a tea infused for shorter periods in cooler water. This goes some way to explaining the misconception that black tea has more caffeine than other teas. In fact, it's more to do with it's preparation.
Black teas – 3-5 minutes in Boiling water (100°C) Green & White Teas – 1-2 minutes in slightly cooler water (75-85°C) So Let's Compare Caffeine in Tea and Coffee a Little More
I'd just like to get something straight, this isn't a competition between tea drinkers and coffee drinkers. I know some perfectly decent coffee drinkers. So now I've got that off my chest, on with the story. .
Oddly, dried tea leaves and dried coffee beans can both have the same amounts of caffeine per kilogram, and some tea leaves actually have more than coffee. However, when you consider that you need two tablespoons of coffee to make a cup of coffee, yet only one teaspoon of dried tea leaves to make the equivalent cup of tea, you can see why we intake less caffeine from tea. The caffeine in coffee, apart from being more in a typical cup than tea, is absorbed more rapidly by the body. This can cause an immediate increase in blood circulation and cardio-vascular activity.
Conversely, certain polyphenols in tea, slow down the absorption rate of caffeine, meaning you get the benefits more gradually and a sense of revitalisation for longer periods of time.
So lets do some calculations: I feel better now. OK, back to tea and the final question. .
Caffeine – How much Can I Take?
The recommended amount is not more than 6 cups. You should remember though that we are all different. I personally can drink all day and all night and still sleep like a baby, figuratively speaking, not in a cot and I certainly don't need a nappy (despite the rumours).
You know your body better than anyone else, so recognising how your body reacts to caffeine, will determine how much you should consume. There is a good reason why tea conjures up images of relaxation, and generally, Zen. If you were planning to marry a drink, this is the one you would take home to meet your parents. It's gentle , kind and good for you, but it also provides you with stimulation when you parents aren't looking. Just remember what I said at the beginning, although caffeine has a bad boy reputation, it has lots of good qualities too.
If you are worried about the effects of caffeine, you should always consult a professional medical person for advice.
Caffeine Free Tea Choices:
If you are Caffeine intolerant or just prefer caffeine free beverages, there are lots of wonderful and delicious Tisanes to choose from including: Rooibos, Chamomille, Nettle, Passionfruit & Orange, Strawberry & Kiwi, Peppermint etc.
Conclusion
I really hope you enjoyed this lesson , as much as I enjoyed preparing it. As always, my aim is to give you good information that you find useful and I'd love to know what you think, good or bad, so please leave your comments in the box below.
Also, don't hesitate to contact me if you need any other information or advice. .but don't ask me where to buy coffee. .I don't know!If you have any friends that you think would like to receive this tea course, just let me know or click here

1/5/00 CHICAGOTR 8, 1/5/00 Chi. Trib. 8, 2000 WL 3623691 RU-486 REVOLUTION FDA POISED TO APPROVE ABORTION PILL After years of vicious wrangling and political infighting between non-profit groups and pharmaceutical companies, abortion rights advocates and opponents, it appears that American women will finally gain access to "the French abortion pill.". On the eve of the drug's approval f