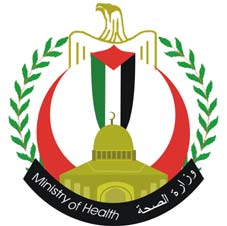 Ministry of Health Emergency Operation Room
Sitrep on Gaza 5th February 2009
(Local Time 13:00)
Press statement MOH and UNICEF
5 February 2009
The Palestinian Ministry of Health and UNICEF are concerned about the poor state of infant and young child feeding in Gaza communities currently experiencing attacks. Reports from Gaza have revealed that families are receiving donated supplies of breast milk substitutes in the form of milk powder and liquid milk. These donations are coming from national and international relief agencies, as well as private donors. Based on population estimates, there are nearly 255,000 infants and children under 60 months of age in Gaza. There are very real concerns that those infants who were breastfeeding before the conflict are now threatened with increased risk of diarrhea, morbidity, and mortality if they were to switch to formula feeding. The Palestinian Minister of Health, Dr. Fathi Abu-Moghli, said: “In 2007, the Ministry issued clear recommendations on infants and young children. These emphasized the need to continue exclusive breastfeeding for all infants up to six months of age and to continue mixed feeding into the second year of life. It is important to avoid the risks associated with formula feeding where problems with clean water supplies can increase even more the risk and severity of disease.” “It is imperative that the most vulnerable members of our community are provided with the best nutritional support available. Donations of infant milk substitutes should only be distributed in close coordination with the local authorities, to ensure that it is used appropriately, is not close to expiry and only reaches children unable to breastfeed. UNICEF will help us in supporting appropriate infant and young child feeding in all the affected areas, to advise and help mothers affected by the conflict.” UNICEF’s Special Representative, Ms. Patricia McPhillips, said: “Donations of milk, however well-intentioned, are discouraged and should only be accepted when their use can be carefully targeted and monitored. We recognize that some children were already formula fed before the conflict. We also know some mothers will be stressed in the wake of the continual bombardment, some have been killed or injured, and that this will have an impact on their ability to breastfeed. An appropriate environment for women, one that protects, promotes and supports breastfeeding, must be established. UNICEF calls on all relief agencies working in Gaza to promote such an environment.” The Ministry of Health and UNICEF strongly urge all who are involved in funding, planning and implementing an emergency response and in all levels of communication to refer to key policy and programme instruments to avoid unnecessary death following uncontrolled distribution of breast milk substitutes. Community leaders are called upon to monitor and report any donations that may undermine breastfeeding. Ala'a I. Abu Rub / Nutrition Department Director / MoH UNICEF Communications Officer / Monica Awad GENERAL:
OVERVIEW:
The total number of martyrs from the war on Gaza reached 1373 including the 23 year old Mithqal Al Rabadi who died at an Egyptian Hospital of injuries sustained during the war. (Ma'an News) The UN Development Programme (UNDP) estimates that more than 14,000 Ministry of Health requests that all assistance, interventions and homes, 68 government buildings and 31 non-governmental organization offices were either totally or partially damaged during the latest conflict. As a result, some 600,000 tons of concrete rubble will need to be removed. Once funding is secured, UNDP will: clear rubble; demolish and clean up sites of damaged buildings; and identify and remove unexploded ordnance. This project will generate 200,000 workdays for unemployed Gazans. (DEPUTY SPOKESPERSON FOR SECRETARY-GENERAL BAN KI-MOON UN HEADQUARTERS, NEW YORK- Wednesday, February 4, 2009) [email protected] [email protected]
GAZA FLASH APPEAL- HEALTH RESPONSE PLAN

The following is the health response plan that was included in the Gaza Flash Appeal and which
summarizes the sectoral objectives and activities.

• Assess the impact of the crisis on the health system and health status of the population, including
damage to health infrastructure, the degree of functionality of health facilities and the availability of
human resources at the health facilities.
• Ensure effective coordination of the immediate health response and the early recovery of the health
sector, including the flexibility to respond rapidly to new needs.
• Support the MoH and other health stakeholders in coordinating and responding to the health needs of the
Palestinian population.
• Through technical guidance and support to the MoH and health stakeholders, ensure a seamless
transition from relief to recovery, so that local health systems and the capacity of national/local health
authorities are restored and strengthened.
• Provide logistic/operational support in order to ensure efficient management of humanitarian supplies
and medical donations; strengthen the MoH Drug supply management system; and coordination of
international medical teams.

INTERNATIONAL INTERVENTION:
1. Up till February 4th a total of 4400 MT of medical
supplies was sent through Rafah Border since
December 27, 2008. These were from the Egyptian The two specialists in pediatric surgery Red Crescent Society, Egyptian Sharia Society, Malaysia, Libya, Qatar, Saudi Arabia, Turkey Moroco, Tunisia, Kuwait. On February 4th, forty tons of medical supplies entered through Rafah from Egyptian Red Crescent and Al Shariyah Charity and Qatar. entry to Gaza for five consecutive days. Yesterday, this team was placed in Ramallah Governmental Hospital to REFERRALS THROUGH RAFAH
assist in pediatric surgery. The team is leaving to Argentina on Sunday. The total referrals through Rafah until February 4th were
941. Up until January 31st there were 38 martyrs and 178 discharged patients from a total of 893
referred up to that date. On February 4th, 20 patients were referred through Rafah.

MEDICAL SUPPLIES NEEDS:
List of drug needs as of February 5:
The following list of drugs shows non- emergency drug needs for both the West Bank and
Gaza including oncology medications for the year 2009. It will be highly appreciated if
donors willing to provide drugs can donate the requested quantity of a drug item rather
than providing partial quantities of more than one drug item.