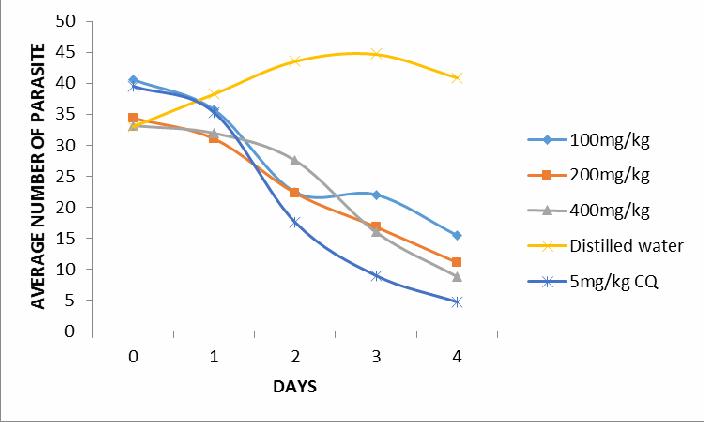 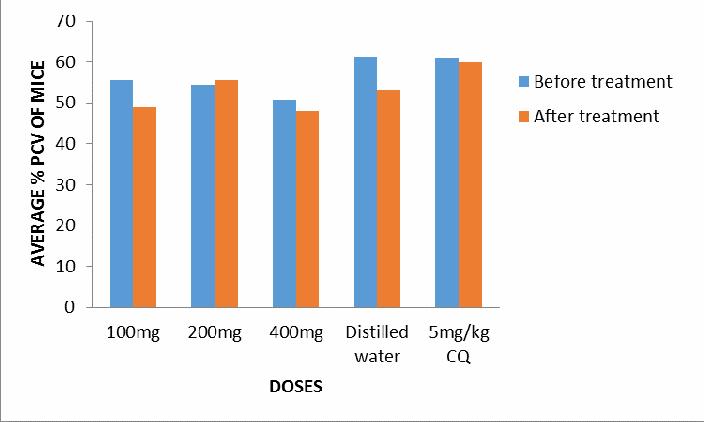 Antiplasmodia efficacy of methanolic extract … Fig.1: Effect of methanolic leaf extract of morinda lucida on parasitaemia of P. berghei infected mice
The in vivo antiplasmodial studies carried out on the methanolic leaf extract have confirmed the workof others on the antiplasmodial activity of extract of the plant parts (leaf, stem bark and root) (Asuzuand chineme, 1990; koumaglo et al., 1992). It has been reported that the stem bark infusion is used asan antimalarial ( Burkill, 1997).
The effect of the crude extract of morinda lucida on percentage PVC on days 0 and 4 is indicated infigures 2. It can be deduced from the chart that there was reduction in PCV of mice in test groupswithin and after the experimental period, except for the groups treated with 200mg/kg where there wasan increase in the PCV level throughout the period.
Fig. 2: Effect of methanolic leaf extracts of morinda lucida on % PCV. 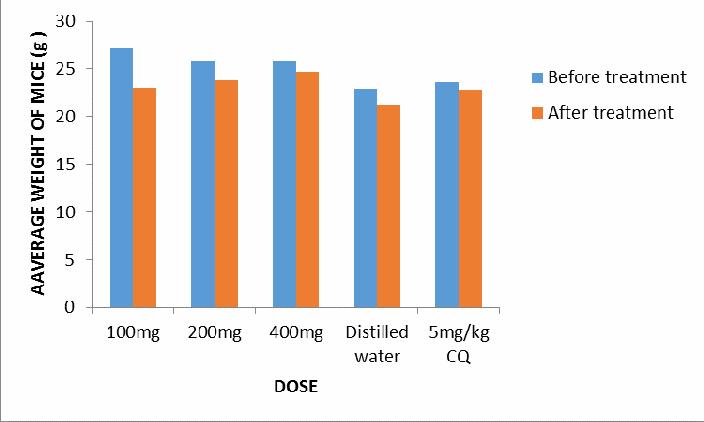