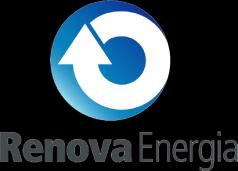 LIGHT S.A.
RENOVA ENERGIA S.A.
Publicly-Held Company
Publicly-Held Company
Corporate Taxpayer’s ID (CNPJ/MF)
Corporate Taxpayer’s ID (CNPJ/MF)
03.378.521/0001-75
08.534.605/0001-74
Company Registry (NIRE):
Company Registry (NIRE):
33.300.263.16-1
35.300.358.295
MATERIAL FACT
Light S.A. (LIGT3) (“Company”) and Renova Energia S.A. (RNEW11) (“Renova”), in compliance with Article 157, paragraph 4 of Law 6,404 of December 15, 1976, as amended (“Corporation Law”), and CVM Rule 358 of January 3, 2002, as amended, hereby inform their shareholders and the market in general that, on July 8, 2011, RR Participações S.A. (“RR”), in the capacity of controlling shareholder of Renova, the Company, in the capacity of new investor, and Renova, in the capacity of investee, executed an Investment Agreement whereby the Company will enter Renova’s capital stock by means of subscribing to new common shares to be issued thereby, corresponding to an increase in Renova’s capital in the amount of R$360,000,000.00 (“Investment”), under the following terms: The Investment must be previously authorized by the Brazilian Electricity Regulatory Agency (ANEEL) and by the funders of Renova and its subsidiaries. Provided that the conditions precedent established in the Investment Agreement are fulfilled, Renova’s capital will be increased through a private subscription, within the authorized limit, with the possibility of partial ratification, observing the minimum limit equivalent to the Investment (“Capital Increase”), to be resolved by a Board of Directors’ Meeting, to be called within five business days after the implementation of the last condition precedent (“Board of Directors’ Meeting”). After the above-mentioned Investment, the Company will hold 35.1% of Renova’s common shares and 26.2% of its total capital stock1. All shareholders with individual interest of more than five percent (5%) of the Company’s capital stock will freely assign their preemptive rights in Renova’s Capital Increase to the Company. Following the Meeting of Renova’s Board of Directors that resolves on the capital increase, the other shareholders of Renova will have 30 days to exercise their preemptive rights in the Capital Increase. 1 Assuming that the minority shareholders do not exercise their preemptive rights and that the capital increase corresponds only to the Investment amount. The Investment will be made on the date of the Board of Directors’ Meeting, and, on that same date, a Shareholders’ Agreement between RR and Light as parties and Renova, as consenting intervening party (“New Shareholders’ Agreement”), addressing the exercise of voting rights by the shareholders, Renova’s corporate governance, preemptive rights, matching offers, joint sale and withdrawal will be executed and filed at Renova’s headquarters. The Investment Agreement envisages the possibility of contractual rights and obligations to be assigned by the Company to its wholly-owned subsidiary Light Energia S.A. at any time before the Investment is made. The Investment entails neither the transfer of control by RR, pursuant to Article 254-A of the Corporation Law, nor the Company’s acquisition of Renova’s control, in accordance with Article 256 of the aforementioned law. Rescission of the current shareholders’ agreements
The private instruments of rescission of all existing shareholders’ agreements of Renova, executed by its various shareholders, will be filed at Renova’s headquarters on the date of the Board of Directors’ Meeting and the Investment, the respective obligations undertaken in said rescinded agreements now having no effect or value between the parties or before third parties or successors on any account. Availability of documents to shareholders and the market
The information and documents related to the Capital Increase and the changes to the Bylaws and to Renova’s corporate governance under the terms of the Investment Agreement will be fully and timely available at Renova’s headquarters and on its website (www.renovaenergia.com.br), as well as on the CVM’s IPE System suant to the applicable legislation, and Renova and the Company will keep the market fully informed of any further developments related to the Investment through the publication of material facts. Light S.A.
Renova Energia S.A.

LIST OF PHD CANDIDATE S.NO NAME DATE OF AWARD LIE SYMMETRIES AND EXACT SOLUTIONS OF SOME OVSF CODE ASSIIGNMENT SCHEMES AT THE FORWARD PURIFICATION AND CHARACTERIZATION OF A NOVEL ANTILITHIATIC PROTEIN FROM THE SEED OF DOLICHOS BIFLORUS AND ITS VALIDATION IN RAT UROLITHIATIC AN OPTICAL STUDT OF CHALCOGENIDE GLASSES IN VITRO AND IN VIVO STUDIES ON ANTILITHIATIC FUZZY REGRESSION CLUST