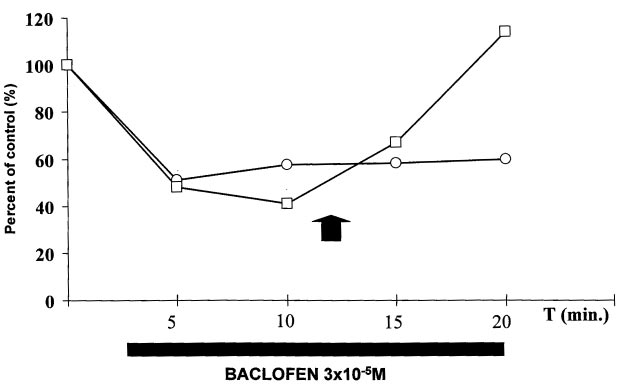 tre of Hungarian Academy of Sciences, Szeged. All theother substances were of analytical grade.
Male guinea-pigs, weighing 250–350 g, were used and the taenia coli segments were prepared andmounted as described previously [11]. In brief,5–8 mm long segments were mounted in Krebs’ solu-tion aerated with carbogen (O :CO = 95:5) at 37 °C.
An initial tension of 0.5 g was applied re-adjusted onceafter 5 min of 45–60 min equilibration period.
Subjects were 8 patients, 4 male and 4 female, age 28–76 years, undergoing colonic surgery for cancer (6)colitis ulcerosa (1) or slow colon (1). The preparationswere made from non-diseased tissue dissected accord-ing to the pre-set rules of disease-dependent surgical Figure 1. The inhibition of neural field stimulation-induced
protocols. Among the dissected tissues, the sigmoid contractions of human colonic circular muscle by baclofen colon (4), the rectum (4) and the caecum (1) were and the reversal of inhibition by CGP 35348. ·, 3 × 10–5 M represented (i.e. from one subject, two specimens were baclofen alone; [, 3 × 10–5 M baclofen + 10–3 M CGP35348 dissected). The postoperative use of tissue samples added later (arrow). Points represent the mean of two was approved by the Ethical Committee of the Uni- versity. The routinely used preoperative medicationwas metronidazole and aminoglycoside as antimicro-bials and benzodiazepine as sedative. Five operations 3. Results
were performed under general anesthesia; in threecases, epidural anesthesia was used.
Of the total of 65 human colonic circular muscle The specimens were transported in a special cham- strips, 61 responded to neural field stimulation. Only ber in thermostated (33 °C) carbogenated Krebs’ solu- those preparations were used for the pharmacological tion; the transportation took less than 20 min. The tests where an apparently monophasic contractile re- preparation was done at room temperature in carboge- sponse was present with or without spontaneous back- nated Krebs’ solution. After the removal of the mu- ground activity. Both GABA and baclofen inhibited cosal and serosal layer, 10–15 mm long, 2–2.5 mm the evoked contractions; in the case of the former, wide circularly oriented strips were cut from the there was a high propensity to develop tachyphylaxis.
intertaenial segment. The strips were mounted in At 10–4 M concentration, GABA exerted 55.4 ± 18.3% carbogenated Krebs’ solution at 37 °C. The muscles (mean ± SEM, n = 3) inhibition; at 10–3 M concentra- were left without applying any tension for 15 min, tion, the inhibition tended to be less than 50%.
washed once, then 1-g tension was applied. The Baclofen had a dose-dependent inhibitory effect with tension was re-adjusted after 10 min then the prepara- only a minor tendency for tachypylaxis; the IC tions were equilibrated for 60 min under resting con- was 31.0 µM (28.6, 33.4, n = 2). The inhibition caused ditions. The composition of Krebs’ solution was as by 3 × 10–5 M baclofen could be reversed by the follows (in mmol⋅L–1): NaCl 118.0, NaHCO 25.0, GABA receptor antagonist CGP 35348 (figure 1).
KCl 4.7, KH PO 1.2, CaCl 2.5, MgSO 1.2 (human) According to our previous findings in guinea-pig = 4.5 ± 1.0 µM, n = 5) but not mus- The parameters of field stimulation [11] were: rect- cimol (at 10–4 M) had inhibitory effect in preparations angular impulses of 0.5 ms duration, 9 V⋅c–1m (supra- stimulated neurally by parameters closely matching maximal) intensity; trains of 3 pulses at 0.5 Hz fre- the ones used presently. We characterised further this quency were repeated by 1 (guinea-pig) or 5 min inhibitory action by the reversal of the inhibition by (human). The contractions were measured under non- 10–4 M GABA by cumulatively administered GABA isometric conditions. From a single surgical specimen, receptor antagonists CGP 35348 and phaclofen (fig- 4–12 strips were prepared; they were randomly as- signed to the different pharmacological interventions.
Besides GABA and baclofen, the delta 2 opioid In one preparation, only a single drug or drug combi- receptor agonist deltorphin II was also a potent inhibi- tor in neurally stimulated human colonic circular For statistical comparisons ANOVA followed by muscle strips (figure 3) prepared from the sigmoid Student’s t-test or just Student’s t-test was used, colon (3 patients) or rectum (2 patients) but not in depending on the experimental paradigms.
preparations made from the caecum (1 patient). 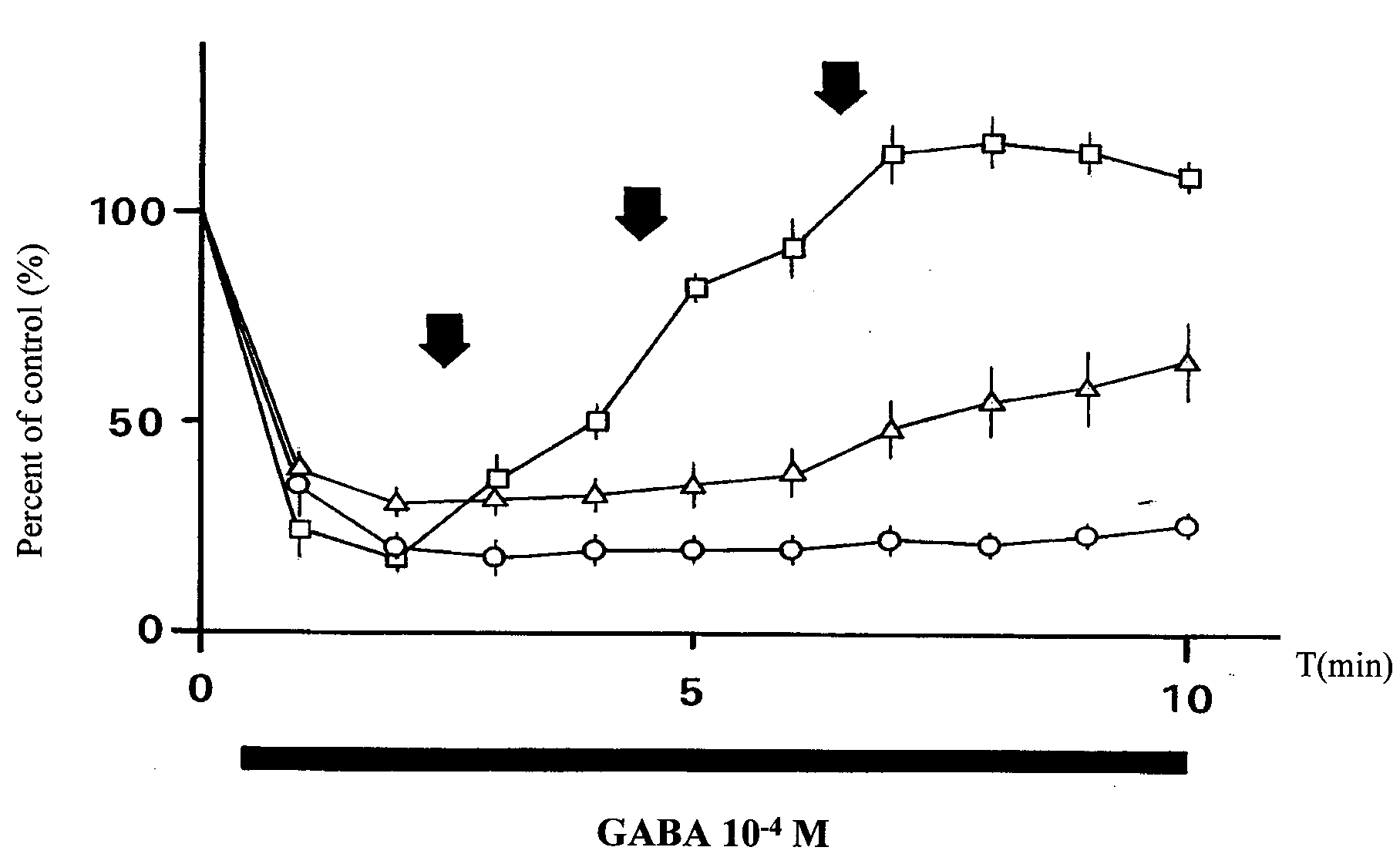 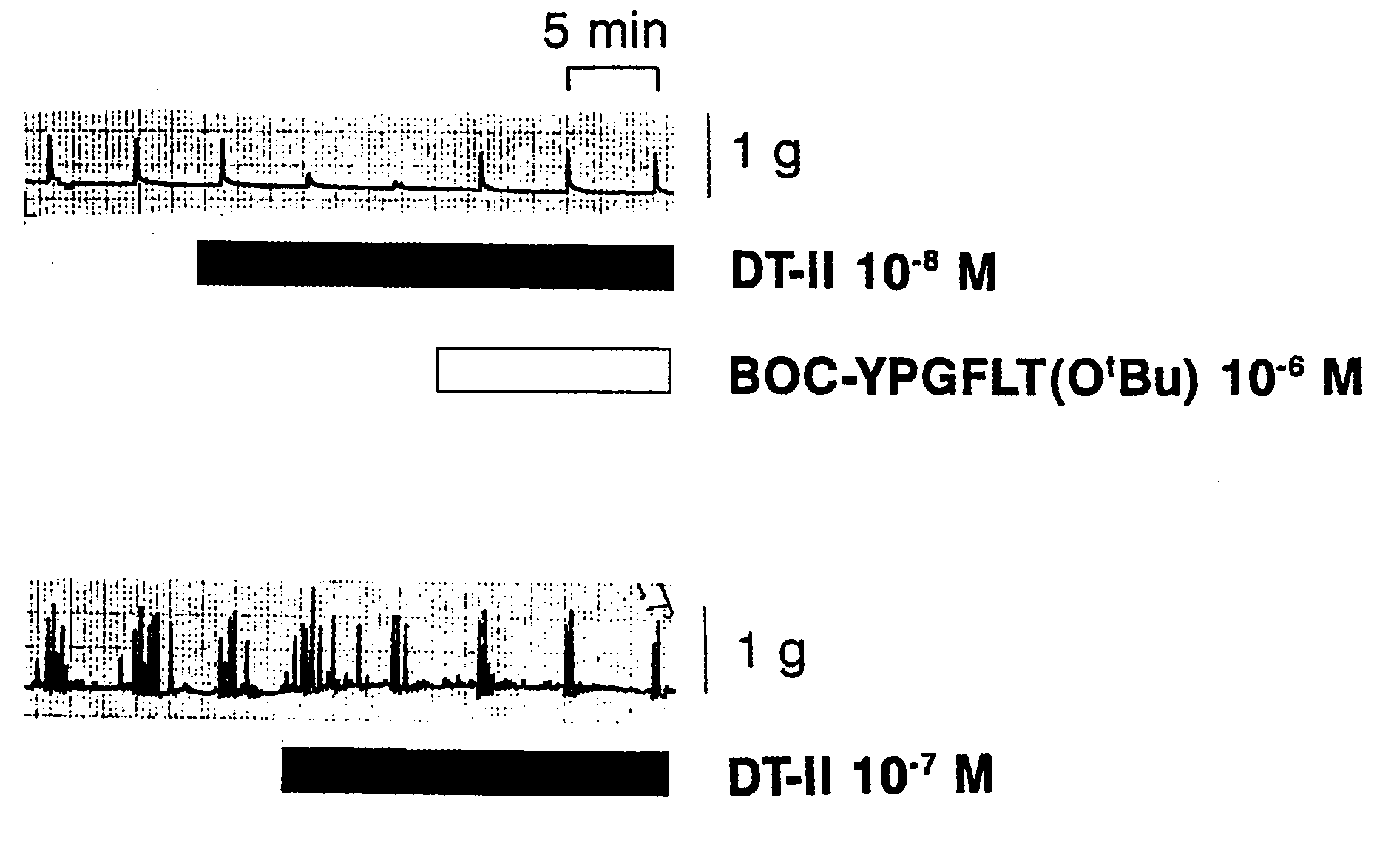 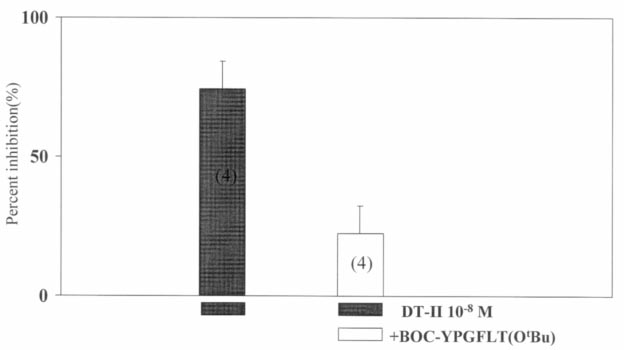