Learning about health care in africa: a physician's experience in lagos, nigeria 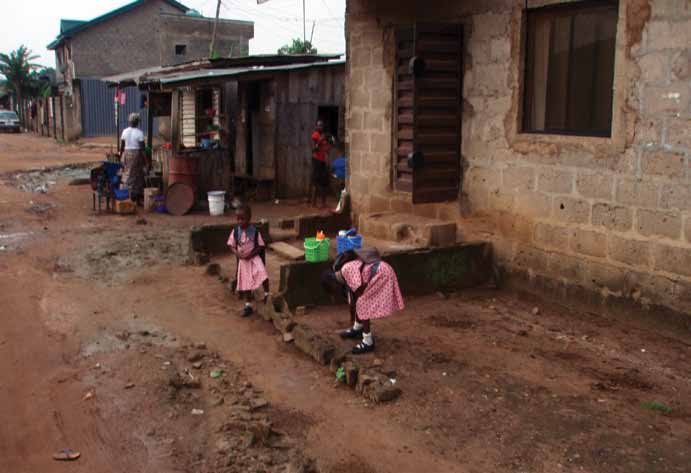 Learning about
health care in Africa:
A physician’s experience
in Lagos, Nigeria Africa has long been a destination for medi-
cal and religious missions. As far back as the mid-1400s, Britain and other European countries sent missionary teams into the interior of what was at that time referred to as “The Dark Continent.” In later years, medical by Larry N. Smith, MD, FACS teams worked to understand the diseases that
were killing not only the native inhabitants of this region, but also the members of various ex- In the late 1800s, compassion was not always the driving force behind humankind’s desire to understand and treat sleeping sickness, malaria, and yellow fever. The value of Africa’s natural resources and the developing concept of social Darwinism were likely the most compelling rea- sons for understanding, and eventually curing, In spite of the imperialistic intent of some past missions to Africa, I felt compelled to join the long roll of medical missionaries who went to Above: Lagos students in their uniforms, heading to school.
VOLUME 97, NUMBER 2, BULLETIN OF THE AMERICAN COLLEGE OF SURGEONS 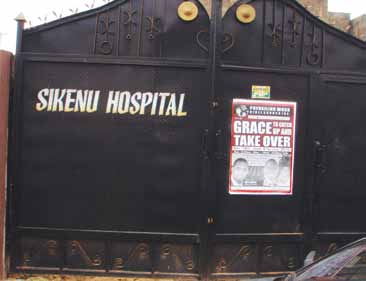 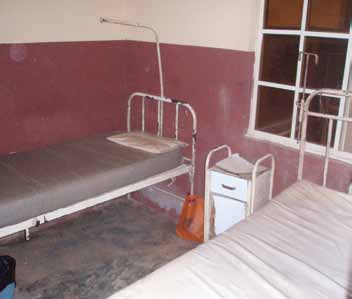 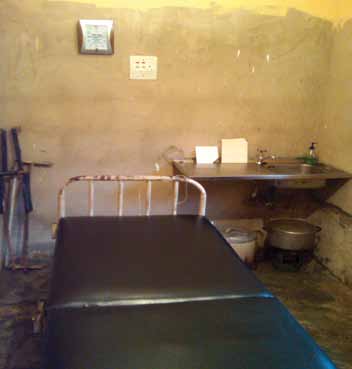 later and she was already feeling better. Her mood, gait, and tremor had improved. I did convince her to seek a second opinion from a neurologist back in her hometown in the U.S., which she arranged.
The most logistically difficult case I encountered was a patient whom Dr. Ekhakite referred to me. The patient was a 36-year-old female, G3-P2-A0, 29-week gravid with biopsy-proven metastatic lymphoepithe- lioma in the left neck. She was a non-smoker and non- drinker and was asymptomatic except for a 3-4 cm swelling in the left tail of the parotid, post-auricular area. A computed tomography (CT) scan revealed only the left neck masses with no other nodes or neck masses present. A chest CT was negative, and a biopsy had been reviewed both in Nigeria and in Britain, with findings consistent with Epstein-Barr virus and lymphoepithelioma. Her case was complicated by her pregnancy. Dr. Ekhakite suggested steroids to ac- celerate the child’s surfactant pulmonary maturation, with the aim of delivery in several weeks followed by definitive treatment for the woman. After further consultation, it was recommended that she undergo a biopsy of her nasopharynx, base of tongue, and a needle biopsy of left parotid. She was also scheduled for high-resolution CT of her head and neck, with attention to the nasopharynx with bone windows. She was referred to the U.S. for treatment. A letter to the U.S. consulate for an emergency medical visa was submitted; however, due to embassy issues, costs, and expedience, the patient elected to seek treatment Final impressions
I had been conditioned, over the years, to believe that Africa was a continent where death and disease lurked behind every tree and within every flying in- sect. The reality is quite different. I found few to no unusual diseases in the urban areas of African cities. Lagos, a city of 18 million, has an integrated and com- petent health care delivery system. Pharmacies were adequately stocked with state-of-the-art medicines. Hospitals—although not elaborately designed when compared to such facilities in the U.S—are privately owned and staffed by trained and capable physicians and nurses who have access to reliable medical labo- ratories. None of these facilities would likely meet The Joint Commission’s accreditation standards, but Dr. Ekhakite's operating room (above) and recovery room (below).
all provided excellent care with compassion and had Surprisingly, Nigeria is beginning to experience 27
FEBRUARY 2012 BULLETIN OF THE AMERICAN COLLEGE OF SURGEONS 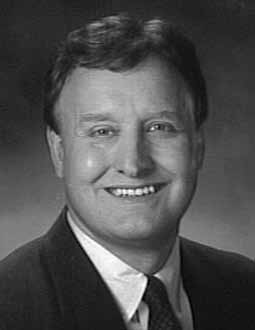 growth among those chronic disease processes com- motivated, educated, and capable. I learned a lot from monly associated with Western societies. Addition- my experience there, and I recommend it to all who ally, family planning is becoming a bigger part of have ever wanted to give back in this fashion.
the national dialogue, as men now seek vasectomies. This is a big cultural and emotional step for many References
men in Nigeria and other African countries, where 1. Smith LN, Parente ST. America’s Healthcare: Through Igno- traditionally a man’s societal success has often been rance, Bigotry, Poverty, and Politics to America’s Uninsured: measured based on the number of children he has Medicine’s Long Journey. Stanford, CA: Stanford University fathered. All other modern Western methods of birth Hoover Institution (under review for publication).
control are available in Lagos, and while I was there, 2. Watts S. Epidemics and History: Disease, Power and Imperial- women were beginning to use them. Interestingly, ism. New Haven, CT: Yale University Press; 1997:256.
3. Johnson TO. Arterial blood pressure and hypertension in the women, men, and medical community accepted an urban African population sample. Br J Prev Soc Med. expanding birth control measures and family plan- ning methods but uniformly opposed abortion as a 4. Freedman DO. Malaria prevention in short term travelers. birth control method. This evolving acceptance is N Engl J Med. 2010;359(6):603-612.
5. Africa’s population: Miracle or malthus? The Economist. still being met with resistance in other countries on Available at: http://www.economist.com/node/21541834. All of the children were vaccinated and well-cared 6. Groping forward: Nigeria’s new government: One and a half for, in spite of the levels of poverty and poor sanita- cheers for the economy. None for security. The Economist. Available at: http://www.economist.com/node/21538207. Most children attended school and spoke English as well as their native tribal dialect. Education is a priority in the society. Many people were pursuing master and doctorate degrees. Some children would get up at 5:00 am to work and make money to afford school, and then go back to work after school to earn money to eat. Everyone worked because there is little to no social welfare system. Markets where every conceivable service or need was sold would go for miles along the roadside as self-motivated, personally responsible people cared for themselves and their families. No one went hungry. With the collective work ethic exhibited by the population, it is easy to understand why they want to come to I do not want to give the impression that Nigeria Dr. Smith is a retired
is a perfect place. No, it has its problems, including massive government corruption with theft of bil- lions and payoffs to the local police and government officials, which are as routine as buying a Starbucks coffee in the U.S.6 Corruption is just part of doing business there, and it explains why the roads and the sanitation systems are dysfunctional. The judicial system is now beginning to investigate and prosecute officials for this behavior, and local governors are try- ing to provide better infrastructure using the courts to prosecute those individuals who fail to do their jobs. Nigeria has the potential to become an effective economic and medical leader in Africa if the country’s leadership chooses to allow it to do so. The people are VOLUME 97, NUMBER 2, BULLETIN OF THE AMERICAN COLLEGE OF SURGEONS

Cytokine Differences in Mature and Immature Human Macrophage Cell Lines J.L. Morgan*, R.E. Singer Procter & Gamble Co., Mason, OH, USA ABSTRACT The goal of this investigation was to contrast the cytokine of macrophages within inflamed gingival tissues may response profiles following LPS activation of mature and influence the balance of the host response to LPS challenge.