CAFFEINE
FACT SHEET: CAFFEINE AND WOMEN’S HEALTH INTERNATIONAL FOOD INFORMATION COUNCIL FOUNDATION Many women, especially those of childbearing age, are Moderate caffeine consumption does not
concerned about consuming too much caffeine. From affect a woman's chances of getting
reproductive effects to osteoporosis, scientists pregnant.
worldwide have studied the effects of caffeine on A 2003 review of the research on caffeine and women’s health. Below are some facts about caffeine fertility showed that consumption of caffeine at or that address common concerns and misperceptions about caffeine and women’s health. When taken together, the collective research supports moderate consumption of caffeine (up to 300 mg/day or three For women who are pregnant or trying to
cups of coffee) for women, including those who are become pregnant, consuming moderate
amounts of caffeine does not affect
chances of miscarriage.
Caffeine is safe.
The nausea commonly seen in pregnancy may create Caffeine is a naturally occurring substance found in an erroneous association between caffeine the leaves, seeds or fruits of at least 63 plant consumption and miscarriage. In fact, nausea due to species worldwide. In 1958, the U.S. Food and pregnancy leads to coffee aversion by some women, Drug Administration (FDA) classified caffeine as Generally Recognized As Safe (GRAS). In 1987, the FDA reaffirmed its position that moderate Several women’s health organizations agree that caffeine intake produced no increased risk to moderate caffeine consumption is safe for pregnant health. In addition, both the American Medical Association and the American Cancer Society have Information Specialists (OTIS) states in statements confirming the safety of moderate informational resources on their Web site that consuming up to 300 mg/day of caffeine does not affect miscarriage. The March of Dimes recently Consuming caffeine in moderate amounts
revised their recommendation for caffeine during pregnancy to 200 mg/day. In addition, in 2010 the during pregnancy is safe.
Gynecologists (ACOG) published a position (approximately two to three cups of coffee) has been statement which states that moderate caffeine intake shown to have no adverse effects on pregnancy. A (less than 200 milligrams a day or one cup of coffee 2010 review of epidemiologic literature on caffeine and per day) does not increase a pregnant woman’s risk reproductive health published between January 2000 and December 2009 found that the weight of evidence does not support a cause-and-effect relationship Maternal caffeine consumption is not
between caffeine consumption and adverse reproductive or perinatal outcomes. (Peck, et al., 2010) associated with increased risk of or birth
However, it is wise for pregnant women to monitor defects.
their caffeine consumption and talk to their OB/GYN Studies have not found a relationship between or physician about consuming caffeine during caffeine intake and low birthweight. However, pregnancy as individual sensitivities may vary. INTERNATIONAL FOOD INFORMATION COUNCIL FOUNDATION 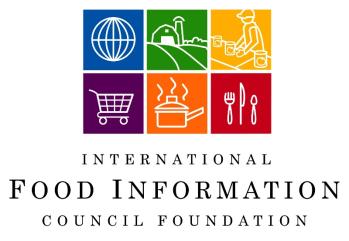 pregnant women are advised to keep caffeine Osteoporosis is not caused or worsened
by caffeine consumption.
Studies have shown that osteoporosis risk is Moderate consumption of caffeine is safe
affected by calcium consumption. Adequate for breastfeeding women.
calcium consumption offsets potential negative The American Academy of Pediatrics (AAP) effects on bone density. According to research, as Committee on Drugs has reviewed the research on caffeinated coffee consumption increases, caffeine and recommends that women who are consumption of milk, a major source of calcium, nursing limit their caffeine consumption to the decreases. However, calcium that might be equivalent of 1 to 3 cups of coffee per day, which displaced from consuming one cup of coffee per would be about 100 to 300 mg caffeine. Dietary day can be offset by adding just two tablespoons caffeine can permeate into breast milk; however nursing mothers can safely consume some caffeine without passing on a significant amount to the baby. Higher amounts could potentially be associated with increased wakefulness and poor For more Information about Caffeine:
IFIC Review: Caffeine and Health: Clarifying the
Fibrocystic Breast Disease (FBD) is not
Controversies
caused or worsened by caffeine
consumption.
Fibrocystic breast disease (FBD) is a condition (All references contained in this fact sheet
characterized by multiple cysts that can be felt can be found in the IFIC review)
throughout the breast and are usually associated with pain and tenderness. Approximately 50 to 90 Everything You Need to Know About Caffeine
percent of women experience symptoms of FBD. Both the National Cancer Institute and the American Medical Association's Council on Scientific Affairs have stated there is no association A Review of the Epidemiologic Evidence Concerning
between caffeine intake and FBD. In addition, the Reproductive Health Effects of Caffeine
research has shown that caffeine does not cause or Consumption: a 2000 – 2009 Update, Peck et al, Food
and Chemical Toxicology, June 2010.
There is no association between caffeine
consumption and the development of
breast or ovarian cancer.
Results of several studies have found no association
between caffeine consumption and breast cancer.
Interestingly, a 1986 study on breast disease noted
that coffee drinkers actually had a slightly lower International Food Information Council
incidence of breast cancer. Several reviews have Foundation
also found no evidence of caffeine consumption as a INTERNATIONAL FOOD INFORMATION COUNCIL FOUNDATION

MEDICAL HISTORY PRECAUTIONS Please tick Is there any possibility that you are pregnant? Have you recently been treated with any other dermal filler on your face? If yes. where?: Do you have any permanent implant(s) at the site(s) to be treated? Have you undergone laser skin resurfacing or received a skin peel in the past six weeks? Do you suffer from facial herpes simplex or have any