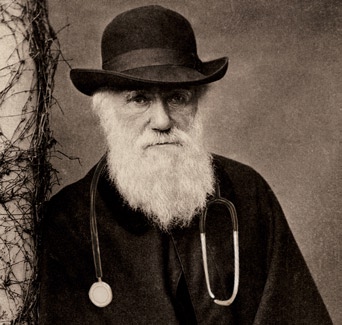 Universities evolve, looking to Darwin for new medical insights
Humans are the products of mil ions of years of evolution through natural selection. Yet when But evolutionary biologist Stephen Stearns, it comes to the treatment of disease, physicians another pioneer in the field from Yale University and biomedical researchers have long neglected in New Haven, Connecticut, notes that both new our evolutionary pasts. Now, a number of centers are narrowly focused—primarily on the research institutes are attempting to remedy that study of infections in ancient contexts in the case by launching new research centers dedicated to of Zurich, and on phylogenomics in Arizona. the burgeoning field of evolutionary medicine.
“I’d say that each of those [areas] is one fiftieth The newly minted Center for Evolutionary of evolutionary medicine,” Stearns says, arguing Medicine at the University of Zurich opened that the discipline reflects a much broader its doors in late October. Backed by a $10 application of basic evolutionary thinking to million donation from the private Zurich- clinical practice and public health. “Evolution based Mäxi Foundation, the center wil focus touches medical issues at many points.” on analyzing ancient DNA and bones as wel as Although neither new center is focused on dissecting microevolutionary changes in human From finches to flu: Medical research adapts.
medical or graduate training, many institutions around the world have created stand-alone diseases. “It’s medical research, but it’s looking on understanding disease through retracing the courses to teach students about evolutionary ved. from an evolutionary perspective,” says the evolution of DNA sequence changes. “I think medicine (Nat. Med. 15, 1338, 2009), and Case
center’s director Frank Rühli, a physician who evolutionary medicine is exciting because of Western Reserve University in Cleveland is eser has studied ailments such as atherosclerosis in genomics,” says Kumar. “Genomics al ows one taking the education approach one step further.
to ask ultimate causes of disease—like, why do According to Glenn Starkman, an astrophysicist In the US, the Center for Evolutionary some people get sick and others do not?” and director of Case Western’s interdisciplinary Medicine and Informatics—one of ten research Randolph Nesse, a psychiatrist at the Institute for the Science of Origins, the university All r centers at Arizona State University’s Biodesign University of Michigan–Ann Arbor who plans to launch a formal graduate program in
Institute in Tempe—has been up and running coined the term ‘Darwinian medicine’ nearly evolutionary medicine in September 2012. “It’s Inc. since the beginning of the year. Under the two decades ago, applauds the new centers’ time that medical education gets more focused
ica, direction of molecular evolutionary biologist efforts. “The field really needs recognition on evolution,” he says.
Sudhir Kumar, the center is primarily focused that evolution has many different uses in Elie Dolgin
Half-century-old TB drugs get a facelift in new cocktails
The first-line regime of tuberculosis drugs has remained virtually unchanged for a half century. But instead of improving on these What could potentially be even more important about the trial, medications, some researchers say it’s time to scour the lists of however, is the streamlined form it is taking, Ginsberg says. already-approved drugs for other indications or start from scratch to Typically, introducing any single one of the drugs into a TB trial curb the more than 1.7 million deaths from tuberculosis (TB) each would take the form of swapping the drug out with one of the four most commonly used first-line drugs. By simply jumping to testing In early November, for example, the New York–based TB Alliance an entirely new combination, what could have been more than a announced the launch of a clinical trial to test a radically different three-decade-long process of trial and error could potentially be drug cocktail. “We see this as a paradigm shift in methodology,” reduced to eight to ten years, Ginsberg adds.
says Ann Ginsberg, the organization’s chief medical officer, “And it’s Other researchers are taking a different approach to finding fast- been one that industry as well as regulators at institutions like the track TB treatments. A team from the University of California–San [US Food and Drug Administration] have been very supportive of.” Diego and the University of Leeds in the UK has examined the Standard first-line treatment for TB consists of a cocktail of at known proteome of the TB pathogen to find drug targets linked to least four drugs mixed and matched over six months. Because of hundreds of FDA-approved drugs (PLoS Comp. Biol. 6, e1000976,
side effects such as nausea, many people fail to properly adhere to this regime. And because 90% of the disease is typically cleared in “There may be a great TB treatment out there that is already the first few weeks, patients quickly see the medicine as causing approved and could be repurposed to a TB market very quickly, if more strife than the condition, says Mario Raviglione, director of only we can find it,” says Philip Bourne, a pharmacologist with the the Stop TB Department, an international organization housed by University of California–San Diego and lead author of the study.
There’s still a lot of searching to be done before the work The recently announced phase 2 drug trial run by the TB produces hits, Bourne says. The group’s paper cites one drug Alliance will test a three-drug combination, dubbed NC001. It currently used for neurodegenerative diseases that has some impact contains PA-824, an entirely new chemical compound, along on TB but would have to be used in too-high doses.
with moxifloxacin (commonly used to treat pneumonia) and the Stu Hutson
VOLUME 16 | NUMBER 12 | DECEMBER 2010 NATURE MEDICINE

“ W h at E m p lo y e r s Wa n t B u t B u s i n e sssection introduces inspiring, timeless ideas in lighthat Employers Want But Business Schools Don’tof problems encountered by people in their everydayTeach is one such book that tries to address the needsof a career-oriented employee. In the past, muchThe authors call the First Chapter “Life’s has been written on attitudes, mo