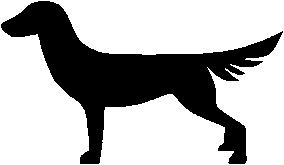 I recognised the prevalence of rabies miasmin this case, which was most clear in bark-ing and growling at moving cars, which Homeopathic Manage- was also relatively recent. Tom had inten- sity in play that, along with his other char-acteristics, led me to prescribe Belladonna. I decided to start with 12 C twice daily sincehe was on Florinef twice daily. Once I hadevidence of improvement from the Bella- After ten days on Belladonna 12 C twicedaily, the biggest change reported was in- creased energy and strength. He had pale- Kelly described Tom as loving people, en- thusiastic, excitable, and very happy. He Tom (Fig. 1) is a neutered male greyhound did not like other dogs, and was generally indifferent to them. There was one dog in 2005, he began displaying a variety of symp- toms, starting with decreased appetite, and being walked on leash (Mind: Hatred). If a after one week on the Belladonna, and re- polyuria/polydipsia. This progressed over a month to staggering gait, generalised weak- to normal, the potassium was down to nor- ness, disorientation, weight loss, and muscle Suspicious, Mind: Contrary). In the prior atrophy. Curiously, the sclera of his right eye much lower, to just above normal. Her local growl at moving cars while on a walk.
When in the car, he would go berserk if he prednisone from one 5 mg tablet once daily values for ALT (Alanine Aminotransferase), to three quarters of a tablet once daily.
amylase, BUN (Blood Urea Nitrogen) andcreatinine, and potassium. His blood pres- Tom had a strong prey drive, and absolutely At this point, I incrementally decreased the sure was low. He was diagnosed with Addi- loved to chase and retrieve a ball thrown for sonʼs disease (hypoadrenocorticism).
him. In response to my last question, Kelly once daily, and ten days later had Kelly stop the prednisone altogether. After one day of When I first took his case four years ago decreased appetite, Tom did very well, had with Florinef (fludrocortisone) and predni- stairs, as had been his norm. He had red- sone. When first started on these drugs, his I started with the rubric Kidneys: Addisons ness of his eyes, episodes of shivering (not disease (48): abel., adren., ant-c., apom., aq- from chilliness – he was seeking cooler act exhausted, his legs swelled, his nose mar., arg-n., ars., ars-i., bac., bell., Calc., calc- spots, which was a change for him), and ex- ar., calc-i., calc-p., carb-v., caust., chin., corti- treme thirst at times. His bowel movements so., cupr., ferr., ferr-i., hydr-ac., Iod., kali-ar., kali-c., kreos., lyc., mang., med., Nat-m., daily. He seemed to Kelly to have less of an nat-s., nit-ac., ol-j., petr., Phos., pic-ac., psor., sarcol-ac., sec., sep., Sil., spig., sulph., sup- ren-cort., ther., thuj., tub., vanad.
Then I made a mistake. For a variety of rea-sons I prescribed one dose of Calcarea car- Tom had been a racing greyhound, andKelly, his caretaker, had acquired him from a track at 3.5 years of age. At that time, hewould guard a bone or rawhide, but notfood. He also had separation anxiety, which This is a case report on a greyhound dog with Addisonʼs disease (hypoadre- nocorticism). A sequence of three remedies over four yearsʼ time – Bella-donna, Calcarea carbonica, and Lachesis – has not only improved his individ- ual symptoms, but has dramatically raised his general level of health in spite of the ongoing, presumably incurable, condition.
ally move to the shade. He was not easilychilled.
KEY WORDS Addisonʼs disease, Hypoadrenocorticism, Belladonna, Cal-carea carbonica, Lachesis Jeffrey Levy, Homeopathic Management of – Homœopathic Links Autumn 2010, Vol. 23: 1 – 3 Thieme Medical Publishers, Inc. 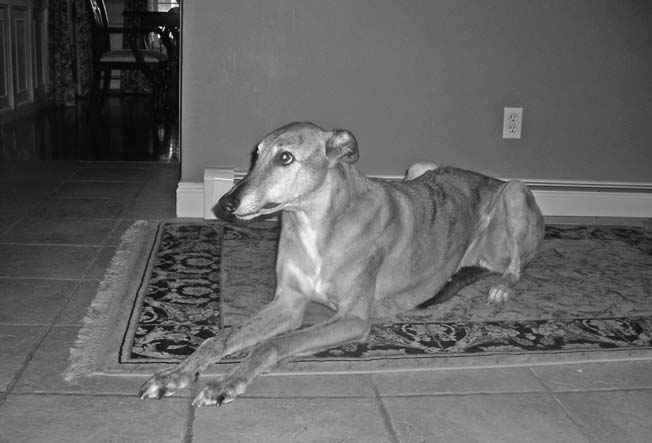 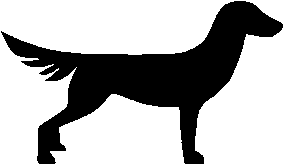 and was outdoors running hard when hesuddenly screamed and fell. His left scapulahad sustained a comminuted fracture. I felt that this was a symptom of the next reme- dy [Generalities, Bones, complaints of, brit- tle (22)], and that the shift to that next rem-edy had occurred. None of Tomʼs othersymptoms were especially pronounced,but he did have “horrible breath”.
Of the remedies that are complementary toBelladonna, and in the rubrics for Addisonʼs disease and bone fractures, Calcarea car-bonica seemed a clear choice. He was given Symphytum 6 C three times daily for a week,and then a single dose of Calcarea carbonica After an initial aggravation (diarrhoea allnight long, one night only), all of his symp-toms gradually improved, with occasional brief recurrences of diarrhoea. Over the fol-lowing year, Tom was given ascending po-tencies of Calcarea carbonica: 30 C, 200 C, bonica 30 C. Three days later he was clearly 1 M, and 10 M. I repeated each potency once having a bad response, but one that brought During this time, Tom did very well in gen- eral, and especially with the higher poten- cies, Kelly described him as “doing great - eyes open more of the time, and his front super energy”. He had some of his charac- bread. I quickly decided to go back to Bella- donna, and had Kelly give a single dose of less frequent. His muscle atrophy improved poor appetite, vomiting, or diarrhoea with – he filled out for the first time since the onset of his illness. The duration of his re- than it had been on Belladonna, and the re- attempt to wean Tom off of the Florinef. I prompted Kelly to restart the prednisone. I was able to reduce the dosage up to a point, switched to Belladonna LM 6 twice daily in but then he took a nose dive, with all of his again, and he had a “huge improvement” realized that since the Florinef was clearly in energy, strength, appetite, and playful- not interfering with Tomʼs response to the Belladonna 200 C, that it should not be con- the dose, he lost his appetite and energy, his breath was very bad, metallic and a bit replacement therapy. He has stayed on the like faeces, he had flatulence, and was act- once daily LM potencies of Belladonna, go- ing very meek, which was new for him.
There was some of the characteristic trem- well for the most part, with his characteris- Belladonna 1 M, ten weeks apart, and then Based on the new picture and remedy rela- problem, such as diarrhoea, and really go tions, Lycopodium seemed to be an obvious fore starting to regress. This told me that, choice, and I prescribed one dose of 30 C.
although a very good remedy for Tom, Bel- This is an example of a case in which the wean him off it again. Finally, we were able ladonna was acting in a relatively superfi- obvious remedy was not the correct one.
to switch from LM 15 to a single dose of Bel- ladonna 200 C, to which he responded very ably good, but after a dose of Lycopodium well. Kelly described him as being “like a listless, and had a poor appetite. His breath was doing really well, had lots of energy, smelled like stool, and his teeth were chat- Jeffrey Levy, Homeopathic Management of – Homœopathic Links Autumn 2010, Vol. 23: 1 – 3 Thieme Medical Publishers, Inc.

tering. His paws were cold in the morning.
Interestingly, Lachesis does not appear in does, however, represent a classic example of a remedy sequence. One can also see that urine on first standing up in the morning.
Whether you call this keynote prescribing early on, Tom was pretty fragile, and would He was seeking cool at times, at other times or a strange rare and peculiar symptom, I readily “fall apart” and become quite ill.
prescribed Lachesis 12 C once daily. Over Over the four years, and three remedies, he the following five weeks, Tomʼs symptoms has become much more stable and solid.
Based largely on the strength of the symp- tom “breath smelling like stool”, I decided getic and happy. It is now one year since In closing, I realise that these are all well- to go back to Belladonna, and prescribed a starting Lachesis, and we have given 30 C (2 dose of 10 M. Within one hour he was dra- doses), 200 C (2 doses), and 1 M. As you can case not as an example of brilliant prescrib- tell by the number of doses, the duration of ing, but rather as an example of careful and response is quite long, and when he is done patient prescribing in the face of an incura- got another dose of 10 M. Again, his symp- responding the regression is pretty slight toms improved, and that night he had some diarrhoea, with loose stools smelling like Tom has been mostly free of his character- gone, the eyes were a bit pink, and there istic symptoms. Occasionally one or anoth- er of them will crop up briefly, but overall 1 MacRepertory 8.0.2.4. San Rafael (USA): tains only one remedy: Lachesis. Lachesis isstrongly complementary to both Belladon- I believe that Tomʼs Addisonʼs disease is in- um, and yet there was not a good response curable, and that he will need to be on Flo- rinef for the rest of his life. Nevertheless, secondary to the Addisonʼs have, for the consultation by telephone. His website is tory, Kent Homeopathic Associates), Lache- sis is not listed among the remedies com-plementary to Calcarea carbonica, but Cal- It is interesting to note that the first reme- dy, Belladonna, is a plant remedy, and acted relatively superficially. The second remedy, tarity of remedies is not one-directional, so and was deeper acting than the Belladonna.
remedy, and acted the most deeply of all.
This is not to suggest that, for example, Jeffrey Levy, Homeopathic Management of – Homœopathic Links Autumn 2010, Vol. 23: 1 – 3 Thieme Medical Publishers, Inc.