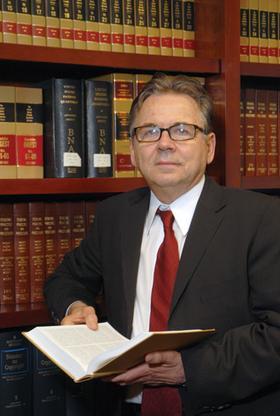 Patent expiration propels drug firm
Apotex to sue GSK, Eisai
Premium content from Triangle Business Journal - by Frank Vinluan
Date: Monday, August 10, 2009, 12:00am EDT - Last Modified: Thursday, August 6, 2009, 8:36pm EDT RALEIGH lzheimer’s disease drug Aricept and GlaxoSmithKline’s herpes treatment Valtrex generate billions of dollars in revenue for their respective companies after the drugs make their way from manufacturing facilities in the Triangle to patients around the world. Now a Canadian generic drug manufacturer aims to get a piece of that business. And Toronto-based Apotex is using the North Carolina courts and the troubles of another generic competitor to do it. Apotex has filed two separate suits against Eisai and GSK in the U.S. District Court for the Middle District of North Carolina seeking a court declaration that its products do not infringe on the patents of either Eisai or GSK. In the patent world, these suits are common, says Larry Coats, a patent attorney with Coats & Bennett in Cary. But what stands out in the suits is Apotex’s claims about generic competitor Ranbaxy. Federal law grants the first generic-maker to file an application with the Food and Drug Administration six months of marketing exclusivity – a huge marketing advantage over generic competitors. Indian company Ranbaxy holds that marketing exclusivity to Attorney Larry Coats says dragging Ranbaxy into the lawsuit is what makes the case interesting. manufacturing problems cited by the Food and Drug Administration should disqualify Ranbaxy from holding marketing exclusivity. “That is very unusual,” Coats says. “They’re trying to kill two obstacles at one time.” The Ranbaxy problems cited by Apotex are deficiencies at its facilities detailed in a warning letter the FDA sent to Ranbaxy last September. The agency said pharmaceuticals from the deficient facilities cannot enter the United States. Kurt Karst, a patent attorney with Hyman, Phelps & McNamara in Washington, D.C., says Apotex is trying force Ranbaxy to forfeit its marketing exclusivity. That would pave the way for Apotex to market its competing generic drugs. GSK and Eisai have not yet filed answers to the complaints. Neither Ellis Boyle, a Womble Carlyle attorney representing Eisai, nor Fred Rom, a Womble Carlyle attorney representing GSK, returned calls seeking comment. But Karst says the patent holders would likely prefer that Ranbaxy retain marketing exclusivity, even if it is able to make competing generic drugs. Once marketing exclusivity is gone, all approved generic makers can enter the market. “One could argue that it would be in their interest for one company to hold on to the 180-day (marketing exclusivity),” he says. “The more generics on the market, the more the price goes down.” Aricept, made at Eisai’s Research Triangle Park facility, is the leading Alzheimer’s drug on the market. In 2008, Eisai said the drug generated $3.19 billion in total sales. The patent on the drug expires in 2010. Valtrex, made at GSK’s Zebulon plant, generates about $1.3 billion in annual sales. GSK holds three patents on the drug. The first patent expired in June; two more expire in 2016. John Reeve, a health-care analyst at Standard & Poor’s Equity Research, forecasts that a Ranbaxy entry into the U.S. market would be one of GSK’s “most serious short-term threats.” If Ranbaxy is able to go to market, Reeve forecasts that Valtrex sales will collapse to just $818 million in 2011. Even if Apotex is able to move Ranbaxy out of its way, it still faces hurdles. On June 27, the FDA sent Apotex a warning letter citing deviations from FDA standards at a Toronto-area facility. Following that letter, Health Canada, Canada’s equivalent to the FDA, opened an inquiry into Apotex.

Main Issues Frequently Raised in the Office Action Han Sung International Patent & Law Office 1. Pharmacological Use in the Composition Claim [Art. 42(4) of KPA] A. Pharmaceutical composition comprising a novel compound • Use is not required to be defined in a composition claim if the characteristic inventiveness lies in a novel compound itself in the composition. • But, in practice,