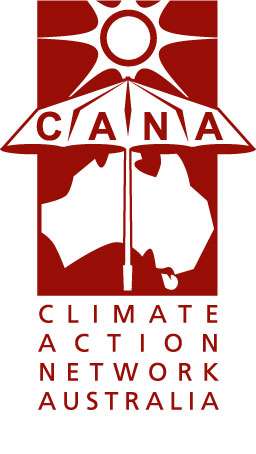 Atmospheric Responsibility and Climate Change
The global atmosphere is a vital, fragile, and precious resource. Without it there would be no life on earth. Its overall stability is a crucial matter, not only for the sake of human welfare, but also for the sake of all the many natural goods and services on which human welfare depends. With the build up of greenhouse gases in the atmosphere, and as the climate continues to warm, the question of allocating responsibility for limiting emissions has become an increasingly urgent and contentious task within the climate negotiations. The situation is complicated by a number of factors, both scientific and political.
On the scientific side there are various types of responsibility. Greenhouse gases differ in both their atmospheric residency times and in their capacity to cause warming. Greenhouse gases also react with each other, with land areas, and with the oceans, sometimes re-inforcing overall warming and sometimes reducing it. Emissions from fossil fuels can be measured relatively easily, but emissions from changes in soil or from forests are much more fugitive, leading to disputes about appropriate assignation of responsibility for outcomes.
Political y, the difficulty is that greenhouse gases from human activity have been accumulating in the atmosphere for at least 150 years, and wil take at least another 100 to stabilise under the best case scenario. For many of the governments involved in the negotiations, however, 5 year political cycles mean that even 10 years into the future may seem like 2 shares by UN member State
Sometimes, political considerations extend the other way around---governments may be slow to accept responsibility for past emissions, and prefer--- especial y if it is to their advantage---to concentrate In fact, both the United Nations Framework Convention on Climate Change (UNFCCC) and its implementation framework, the Kyoto Protocol take account of atmospheric responsibility in explicit terms.
UNFCCC notes in its preamble that: “the largest Cumulative CO2 1950-2000 Shares by UN member State
share of historical and current global emissions hasoriginated in developed countries” (see charts left).
UNFCCC also adopts as a principle that: “Parties
should protect the climate system.on the basis
of equity and in accordance with their common
but differentiated responsibilities and respective
capabilities. Accordingly, the developed country
Parties should take the lead in combating climate
change” (UNFCCC, Art.3.1).
(Source: CAIT, available at www.wri.org) Accordingly, both treaties currently take the approach of dividing Parties into 2 groups: UNFCCC Annex 1 (largely Northern developed countries belonging to the OECD) and non-Annex 1 (largely developing and less and least-developed countries in the South).
While this framework goes someway towards recognising the developed countries’ responsibility in Article 3.1, it is an approach not without difficulties, since it tends to create a bipolar “us and them” mindset, which is not conducive to overall co-operation and co-responsibility. 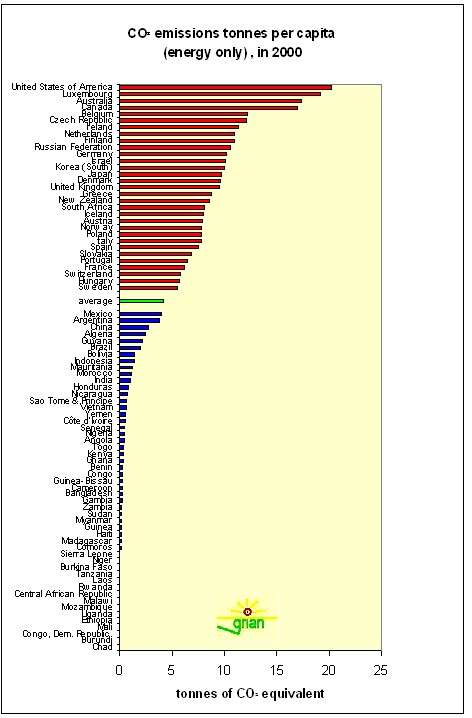 Another problem is that, ultimately, greenhouse gas emissions are caused at the sub-national level by firms, households and individuals. Since energy consumption is so closely related to economic wealth, and since so much of the world’s energy is derived from fossil fuels, relative levels of wealth and Current annual per capitaemissions CO2 in the richestcountries in the world (e.g. USA Annex shares CO 2 from energy, 2000
Annex shares, GDP 2001
non-Annex I