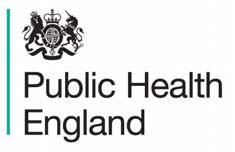 ACTION TO BE TAKEN
If you discover that your patient is using Calabash Further information is available at
chalk, they should be dissuaded from doing so. If the Food Standards Agency website:
the patient is pregnant, standard advice regarding www.food.gov.uk
the treatment of morning sickness and nutrition The UK Teratology Information Service can be
The UK Teratology Information Service (UKTIS) Health risks of eating
contacted on:
can be contacted by healthcare practitioners for www.toxbase.org / www.uktis.org
Chalks and Clays
further advice and guidance on exposure to lead tel. 0844 892 0909
Further information about lead and arsenic can
If you are able to establish where the product was be found on the Health Protection Agency web-
purchased, you should contact the Environmental Information on the use and health risks associated Health Officer at your local Council so that they can with chalks and clays, with special reference to use www.hpa.org.uk
Treatment of morning sickness
(Please note: The functions of the Health Protection Agency transferred to Public Health England on 1 April 2013) Normal morning sickness causes no harm to mother or baby and reassurance and psychological support may be the only action necessary. Other advice could include the avoidance of foods found to trigger nausea, taking small carbohydrate-containing meals at frequent intervals, as well as regularly drinking small amounts of water and taking frequent rest. The use of medication to control the symptoms is not usually necessary, although in some cases this will be required. Both anti-histamines and prochlorperazine are normally considered to be safe to the foetus. If you have any concerns or become aware of a Clearly, if symptoms are severe or prolonged, there local supplier of Calabash chalk, please contact may be other causes; hyperemesis gravidarum your local Environmental Health Department at occurs in only 1/1000 pregnancies and may require hospitalisation for fluid replacement, as well as scans to check for multiple pregnancy or hydatidi-form mole. 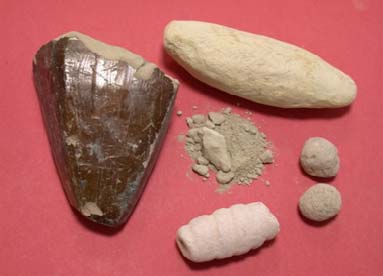 CHALKS AND CLAYS
HEALTH CONCERNS
HEALTH EFFECTS OF LEAD
Intentional and habitual ingestion of chalks, clays Whilst most UK medicines and dietary supplements Lead is a poisonous heavy metal that builds up and soils is sometimes referred to as Geophagia. A are carefully manufactured and monitored under within soft tissues, bones and teeth, and can cause variety of chalk and clay products are used (eaten) laboratory conditions, these products are crudely a wide range of health problems. These include but therapeutically in some African , Asian and Western made and have often been found to contain relatively high levels of heavy metals.
A chalk product found commonly in use by pregnant In particular, recent tests on samples of Calabash women, in certain Asian and African communities, chalk and a number of clay products have identified is Calabash chalk which is also known as Argile,
elevated levels of lead (Pb) and/or occasionally
La Craie, Mabele, Nzu or Shiley. arsenic (As), both of which are toxic to humans.
This chalk is most commonly used as an antidote
There is special concern regarding exposure during Moreover, the effects of Pb on children have been
to morning sickness and/or as a nutritional
pregnancy and by nursing mothers, as foetuses
shown to also include a reduced IQ and an in-
supplement during pregnancy. Similarly, a type of
and growing children are more sensitive to
creased risk of cognitive deficit, even with rela-
clay used during pregnancy for similar purposes is heavy metal exposure than adults .
commonly called Sikor or Shikor Mati. Calabash chalk comes in two main forms – either The chronic or prolonged use of chalk and clay crude rock sourced directly from the ground, or a products has also been linked to iron-deficiency Lead and pregnancy
mixture that is compacted and fired into a solid. anaemia and it inhibiting the body’s ability to absorb
zinc, both of which are essential nutrients for good Clays are also used (often in Western alternative health. These products can also cause intestinal pregnancy have been identified. These include remedies) as so-called ‘detox’ supplements. impaired intrauterine growth, reduced birth
Examples of these clays include Bentonite or weights and impaired neurodevelopment.
The negative effects on a foetus or a growing child The Food Standards Agency (FSA) has
can be more marked as their growing bodies issued advice that these products should not be
absorb Pb more readily, and do not have the
eaten, especially by pregnant and nursing
same capacity to excrete chemicals as efficiently as mothers, due to the possibility of these products
It is advisable to keep exposure to lead and other heavy metals , such as arsenic, as low as These chalk and clay products are not regulated products in the UK, therefore the ingredients cannot Evidence suggests that there is no threshold (or
safe level) of exposure to Pb for a number of
critical health effects, in particular with Image depicting some different forms of Calabash chalk
*Please note, the above does not constitute a definitive list of either chalks or clays in use.