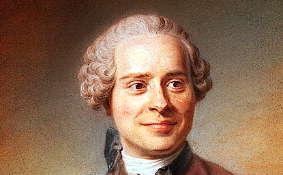 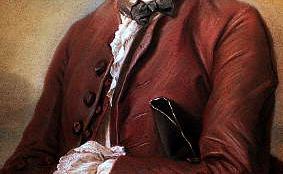 Mapping the Latin Enlightenment1 Latin Enlightenment: A Contradiction in Terms? 1 ‘Mapping the Latin Enlightenment’ is a research project funded by the Australian Research Council (2009-2011), led by Yasmin Haskell (Cassamarca Foundation Professor of Latin Humanism, University of Western Australia, Perth). A reading of the French philosophes could lead one to believe that ‘Latin Enlightenment’ is, indeed, a contradiction in terms; that Latin literature was a fast-fading footnote by at least the middle of the eighteenth century. In his preface to the Encyclopédie Jean le Rond D’Alembert conceded the usefulness of Latin as a scientific language but – prematurely, if not mischievously – declared its use to be in general decline. The cultivation of literary, humanistic Latin by modern writers was, according to D’Alembert, ‘ridiculous’.2 This was not, in fact, a new view in France. Seventeenth-century style-setter Nicolas Boileau-Despréaux, a partisan and imitator of the anciens, expressed contempt for modern Latin poetry in his letters to Brosette.3 But if D’Alembert poured scorn on the Latin scientific verse of Jesuit physicist, Roger Boscovich, whom he abhorred, he was perhaps not quite so indifferent to the judgment of contemporary Latin scholars as his public scoffing would suggest.4 Recent scholarship in intellectual history has treated us to assorted national and cultural Enlightenments (conservative, moderate, radical, religious, Counter-, Catholic, Protestant, Jewish …) and most recently to a ‘Super-Enlightenment’. Our project and website offers, we hope, the first lineaments of a Latin one.5 We should clarify, however, that its primary purpose is not so much to weigh into contemporary debates about the extent or meaning of ‘Enlightenment’ as to explore and map largely uncharted territory in the intellectual and literary history of the long eighteenth century (c. 1650-1800). This territory has been neglected or underestimated for the simple reason that it is in Latin. We submit that its neglect must lead at best to an incomplete, at worst a distorted, view of the geography of science and scholarship in this period. While scholarly lip service is sometimes paid to Latin’s continuing function as a learned lingua franca in the seventeenth and eighteenth centuries, the Latin works of all but the most conspicuous philosophers, scientists, and scholars languish unread. We simply cannot assume that Latin writers routinely resisted or even blindly echoed ‘mainstream’ Enlightenment views. Sometimes they were carrying on their own, private, conversations – and it is on a sample of these that we invite you to eavesdrop through our website. 2 I thank Hans Helander for bringing this passage to my attention. See also, inter alia, D’Alembert’s article ‘Collège’ in the third volume of the Encyclopédie. On the other hand, he was not entirely immune to the charms of Latin rhetoric, and published a translation of Tacitus in 1758. 3 E.g. his letter to Brossette of 6 October 1701. Some neo-Latin poets aspired or dared to translate Boileau’s works into Latin, e.g. François Gacon, discussed by Christopher Allen in ‘Boileau’s Art poétique Latinized’ in Latinity and Alterity in the Early Modern Period, ed. Yasmin Haskell and Juanita Ruys (Tempe, 4 He was surprisingly sensitive to criticisms aired in then unpublished Latin verses by Dutch physician, and fellow member of the Academy of Inscriptions and Belles-Lettres, Gerard Nicolaas Heerkens (on whom, see below). 5 E.g. Roy Porter and Mikulás Teich, The Enlightenment in National Context; Jonathan Israel, Radical Enlightenment and Enlightenment Contested; John Robertson, The Case for the Enlightenment (Cambridge, 2003); David Sorkin, The Religious Enlightenment (Princeton, 2008); Franco Venturi, Settecento Riformatore, &c; Jacob Soll (ed.), "The Republic of Letters between Renaissance and Enlightenment," Special Issue of E-journal, Republics of Letters, published by Stanford University (2003); Daniel Edelstein’s digital archive of the ‘Super-Enlightenment’, at Stanford University: http://collections.stanford.edu/supere/.
Italia erudita et illuminata

Many eighteenth-century Latin texts may be downloaded from digital libraries now
proliferating on the Internet.6 We have at best a partial vision, though, of their wider
contexts and of the remoter connections that existed between them. In particular, scant
attention has been paid to the social dimensions of scholarly and scientific exchange in
Latin in this period, to communities of Latin users and their local and international
networks, to their ideological allegiances, and to their intersections/ coincidence with
vernacular literary and scientific communities. It is only by surveying the Latin cultures of
Italy, the Netherlands, France, Germany, Britain, Croatia, Hungary, Sweden, Poland,
Spain, Portugal … not to mention the New World and Asia, that we will begin to
appreciate the more subtle topographical contours of learning and science in the long
eighteenth century, in both national and international context.

PF-O3 & PF-04 Print Head Warranty Terms & Conditions The Canon companies listed beneath these warranty terms warrant the print head of the PF- O3 and PF-04 series (“Print Head”) sold in the EEA and Switzerland to be in good working order under normal use and service during the warranty period. In the event that a Print Head is found to be defective within the warranty period,